NVIDIA is in full preparation for its now digital-only GPU Technology Conference (GTC), which kicks off on March 22 -- but between now and then we have some very super-juicy rumored specs on the Ampere GA100 GPU. 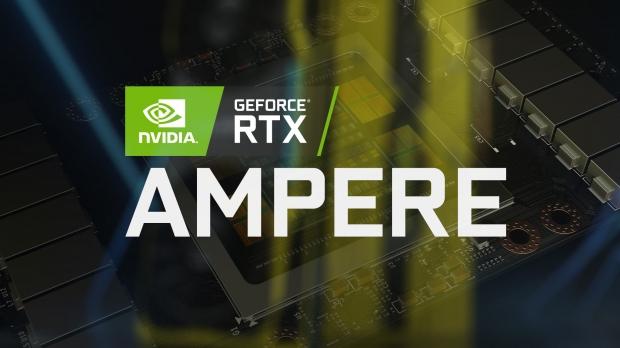 There is only a single source for this leak from a Chinese forum, with the folks at Wccftech picking it up and running with it. The Ampere GA100 GPU in question looks like an absolute beast, with this rumor concentrating on the full-fat GA100 GPU with a huge 8192 CUDA cores (at 2GHz which is crazy), 1024 Tensor Cores, 130 RT cores, and a whopping 48GB of HBM2e memory at 1.2GHz.

We're looking at a huge 36 TFLOPs of performance from GA100, with NVIDIA using TSMC's current 7nm+ node, and a huge 300W TDP. This is not a GeForce RTX 3080 Ti or next-gen Ampere-based TITAN RTX, but it would rather be the flagship Tesla card for HPC/servers. We should expect a cut down version of this to arrive in the form of the GA102 -- and power the next-gen GeForce RTX 3080 Ti and hopefully, a monster new TITAN RTX based on Ampere.