NVIDIA's next-gen Ampere GPU is shaping up to be a monster, and could be NVIDIA's craziest GPU yet -- with new rumors suggesting it will be up to 75% more powerful than the current-gen GPUs. We've already heard that Ampere would offer 50% more performance at half the power of Turing, which sent the hairs on my neck standing up. Better yet, you can read about the leaked specs on the purported Ampere-based GeForce RTX 3080 and GeForce RTX 3070 right here. 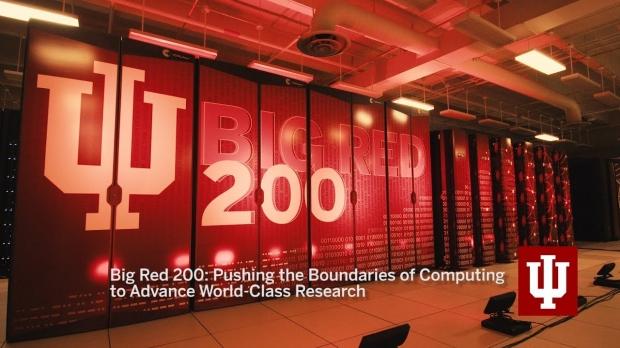 The new tease is coming from the new Big Red 200 supercomputer, which will reportedly pack NVIDIA's next-gen Ampere GPUs. The new Big Red 200 supercomputer will pack an insane 672 dual-socket nodes thanks to AMD's kick ass EPYC 7742 processors (each with 64 cores and 128 threads) for a total of a mind-bending 86,016 cores and 172,032 threads -- will also be powered by NVIDIA's next-gen Ampere GPUs.

The new Big Red 200 supercomputer is being made in two phases with the first phase operational, but Indiana University was originally going to use NVIDIA's current-gen Tesla V100 GPUs but thought they'd wait for NVIDIA's next-gen Ampere GPUs. The new Big Red 200 supercomputer will use less GPUs but thanks to Ampere it will be more powerful -- where it has "also mentioned that Big Red 200 gained an additional 2 petaflops of performance even though it uses a smaller number of GPUs than the Volta V100 based design. The reason for going with a smaller number of next-generation GPUs is simply because they offer 70-75% better performance than existing parts".

We should see NVIDIA unveil its next-gen Ampere GPU at its GPU Technology Conference (GTC) in March.