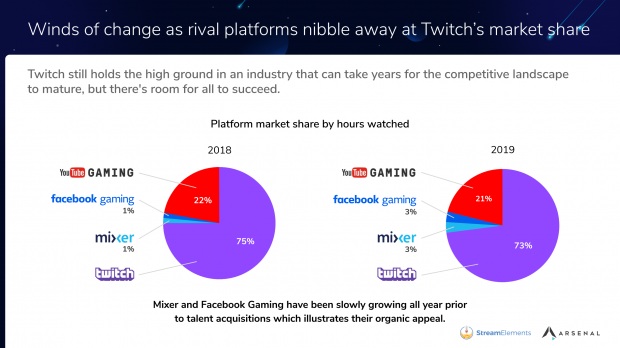 Even with the millions-strong streaming might of Ninja, King Gothalion, and Shroud, Mixer is still being utterly dominated by Twitch and YouTube Gaming.

The latest numbers from Stream Elements shows Twitch is still the undisputed king of streaming with 9.3 billion hours watched in 2019, accounting for 77% of total views. Twitch is followed up by YouTube Gaming with 2.68 billion, or 21%. Both Mixer and Facebook Gaming rival at each other 3% of total hourly views. 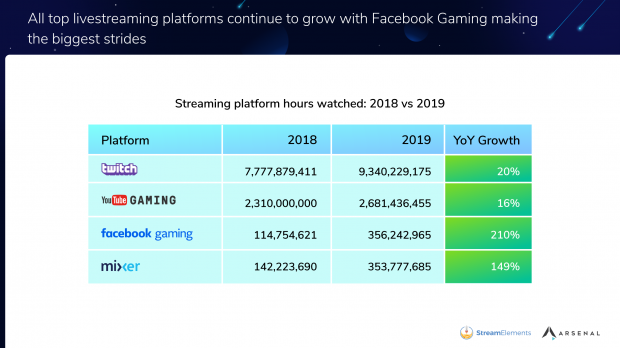 Microsoft's investment with big streamers like Ninja may not fully mature and translate into boosted numbers until 2020 or even beyond. I expect once next-gen consoles roll out we'll see some rise in Mixer viewerships, especially now that Microsoft is giving out freebies for watching specific streams.