Gamers won't be able to trade gear, weapons, and items with other players in Anthem, BioWare confirms. 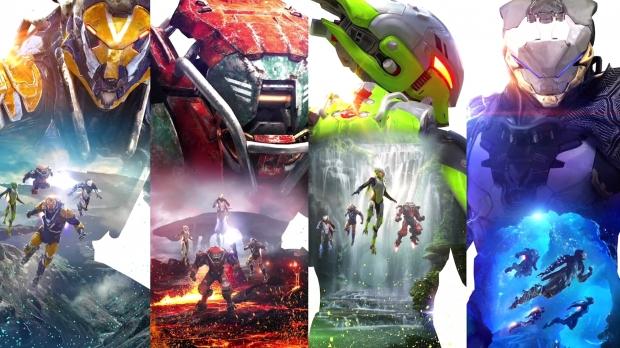 While EA says BioWare's big new IP Anthem is unique and unexpected, it still follows specific shoot-and-loot service game mechanics. Most games of this nature don't let players actually trade or exchange items with others. Players must manage the gear they find themselves, whether it be scrapping or selling duplicates (I'm already getting Destiny 2 flashbacks...) to gain crafting materials that only fuel the grind further. It's a cycle, after all, and a lot of this playtime/engagement could be hindered by a trading system.

Anthem will be the same as most of its peers in this regard. BioWare's Mark Darrah recently confirmed Anthem doesn't have gear trading, and that you could find armor pieces and gear for Javelins you don't even use--similar to finding, say, Wizard-oriented unique items in Diablo III while you're playing as a Barbarian. "No trading. Most loot drops will be for the Javelin you are currently using but you will get others at a lower rate," Darrah said in a recent Tweet.

I feel this is a mistake.

Anthem is a PVE-only game that isn't monetized with actual lootboxes or gear that can be purchased with real money. EA will only sell cosmetics for cash, and this revenue will be used to pay for a bevy of free patches and content updates. If Anthem were indeed monetized with randomized gear-filled lootboxes, I could see why trading would be nixed as EA would want you to either spend time or money to get gear.

Every season the economy would be wiped out and reset and players would re-establish the worth of specific gear as time went on. Certain gear was essential for certain characters, and there were many ways of attaining those pieces outside of actually finding them yourself. You could just grind for items to trade for that particular piece of gear, making a kind of shortcut that forces you to interact with other players while also understanding a constantly-shifting market.

In short, items always had multiple stepping stone paths to acquirement. Thanks to trading, there were multiple avenues you could work towards to getting an item...and sometimes you'd just get lucky and get a good deal.

It also helped that Diablo II had a veritable galaxy of items and gear with varying stats. This variance fueled trading even more and made sure you could actually use one character's gear as a springboard for a new character's setup. The same is true for Path of Exile. 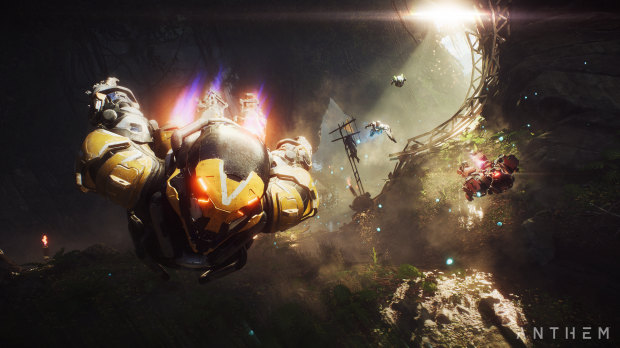 Since Anthem is a PVE-only game, BioWare doesn't have to balance everything with PVP in mind. I don't see any real downfall to item trading as long as things are handled properly. I'm thinking Anthem will have unique opportunities for gear acquisition--ie only being able to get X gear while in a team of Y players--but ultimately it feels as if the mechanics will be casualized in specific ways.

Trading could (and would) open up Anthem to new engagement and interaction opportunities. Players would come together to trade, and yes it'd bring congestion and exploits and other negative aspects, but it would also set up a digital economy that bustles and thrives thanks to the busywork of grinding. Make no mistake--people will still grind, but at least this way they'd have another indirect avenue to the gear they want or need.

The main goal with games like Anthem is to keep players playing for as long as possible. And they may not keep playing if their quest for gear isn't an eternally-moving goalpost.