The 3D re-release of James Cameron's 'Terminator 2' has just released it's first trailer, and reveals the director can't help but tinker at his classic film.

Sparked predominantly by the hugely successful run of last year's turkey 'Terminator Genisys' in the Chinese market, James Cameron approved the remaster of the classic film, which has been converted to 3D by StereoD, who previously worked with Cameron for the 'Titanic 3D' conversion in 2012, along with 'Jurassic Park 3D'. During the original announcement, Cameron said "I was thrilled to learn how popular 'T2' is in China. And I wanna thank the Chinese fans for their support, which is all the more meaningful considering 'T2' was never released in cinema there. And that's why I'm excited about working with DMG to bring 'T2' into Chinese cinemas for the very first time." The newly released trailer reveals that a famous goof which showed an obvious stunt double during a key action sequence has been digitally corrected. 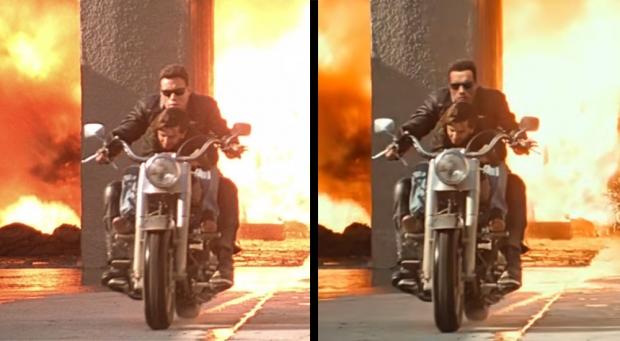