I remember fondly going to the premiere screening of Jurassic Park in September of 1993. I was seven years old and mum was apprehensive about my attendance, no doubt fearing that my brush with dinosaurs at such a tender age would ensure I ended up a serial killer, or otherwise mentally affected. I wasn't really obsessed with dinosaurs at that age, but I was fascinated and I remember distinctly wanting to go, but I wasn't as in love with film as I would be in a few years time. But my little seven year old brain told me it was a good film and everyone around me seemed to agree; soon taking out the number one spot on Hollywood's highest grossing motion pictures.

20 years later, Jurassic Park returns to its rightful domain - the big screen, in a remastered 3D conversion by the talented folks at StereoD, the studio that painstakingly converted James Cameron's Titanic to great effect last year. 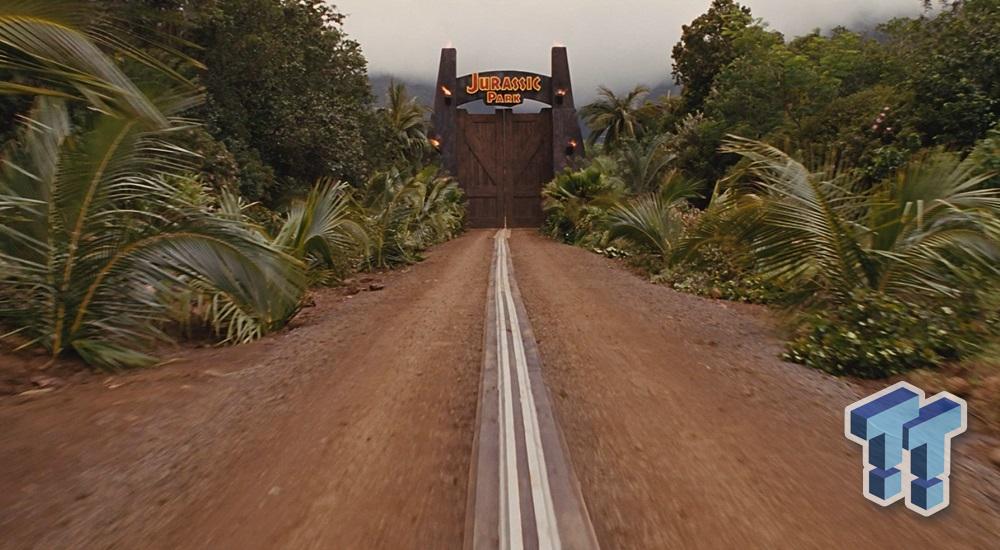 Eccentric billionaire John Hammond (David Attenborough) has devised a way to genetically clone dinosaurs, using his finances to bankroll a prehistoric preserve on a remote island. Hammond welcomes a select group consisting of paleontologists Alan Grant (Sam Neill) and Ellie Sadler (Laura Dern), mathematician Ian Malcolm (Jeff Goldblum), lawyer Donald Genarro (Martin Ferrero) and his young niece and nephew for a sneak peek at the unfinished park for their seal of approval. But wonder soon turns to terror when the parks security system is sabotaged, leaving the visitors to fend for their lives against the hungry inhabitants uprooted from their own timeline. 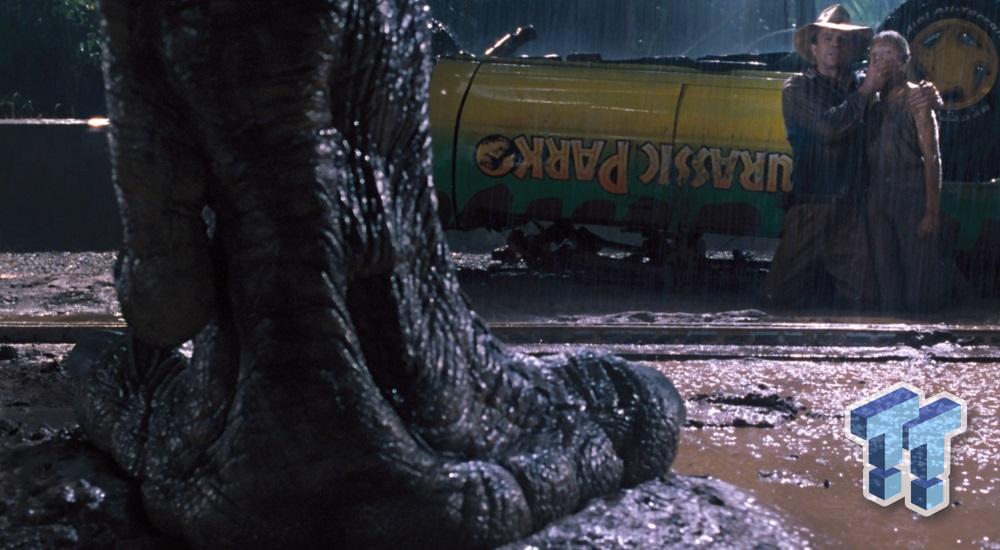 Steven Spielberg not only directed the film with an interesting visual style, he successfully brought photo-realistic digital characters to the screen in such a convicting manner that audiences simply believed these were real, living and breathing creatures.

In a time where audiences have become increasingly jaded by the possibilities that digital filmmaking allows, Jurassic Park is an ironic breath of fresh air, a return to a more simplistic time. Suffice to say, it's truly one of the few classics from the last two decades of film. 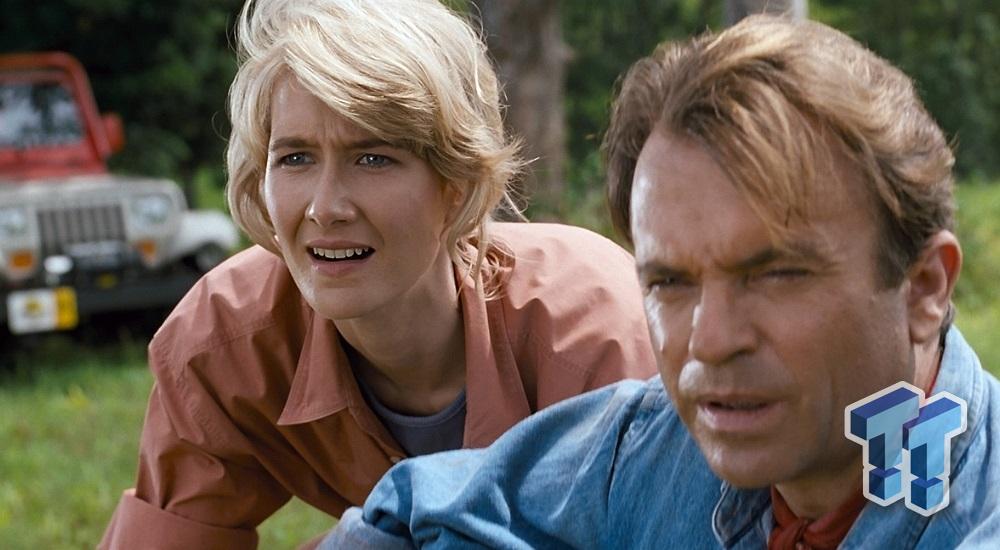 Importantly, despite the huge leaps and bounds in digital technology over the intervening two decades, Jurassic Park still has it. You can see the seams if you look very carefully, but for a film of such vintage that was on the bleeding edge of experimental technology, the fact that it holds up so well is truly a testament to the impressive work of Industrial Light and Magic working in tandem with the team at Stan Winston Studios, to bring life to creatures from 65 million years ago. 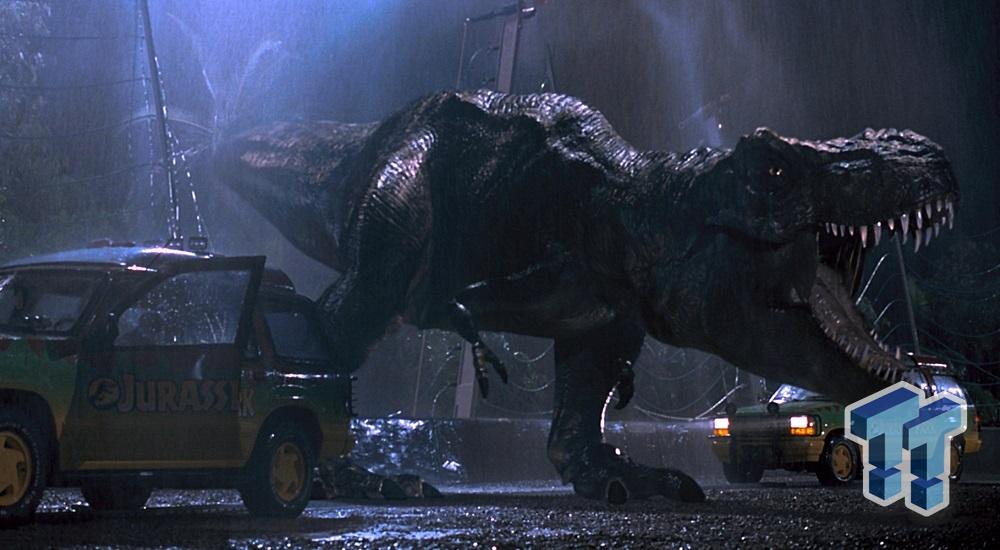 Heralding from a brand new scan 4K scan from the original negative with refreshed color timing, along with a slightly revised sound mix from the film's original sound designer Gary Rydstrom, there's no doubt Jurassic Park has never looked, nor sounded better than it does here. And that's before we even discuss the 3D conversion.

I generally like the option of 3D; it's cool and helps to focus the eyes entirely on what's in front, but rarely do I overwhelmingly agree that it genuinely adds to the film experience. Well, it genuinely adds to the Jurassic Park experience. Classic sequences such as the Raptors in the kitchen, along with other climactic beats like the T-Rex Jeep attack and escape into the ventilator shaft take on an even more thrilling element.

In less experienced hands, this could have been a really cheesy and needlessly gimmicky feature, but the artisans at StereoD have made 3D a cohesive and natural progression of the adventure that is, and will always be at the heart of Jurassic Park. 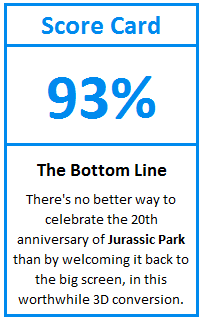