Windows Central's Jez Corden just got a hold of a Project Scorpio development kit sizzle reel that Microsoft shows to Xbox developers, and released it out into the wild.

The reel highlights features that we already know about--an LCD panel on the front of the console that counts FPS and hard-drive read/writes--and reinforces the system's form factor. Spec-wise, Project Scorpio's devkit is a beefier upgrade over the retail model that'll ship out this holiday, featuring double the RAM at 24GB of GDDR5 system memory, and it's highly customized AMD Radeon Polaris GPU has been boosted to 6.6 TFLOPs with an extra 4 CUs, totaling to 44 Compute Units. 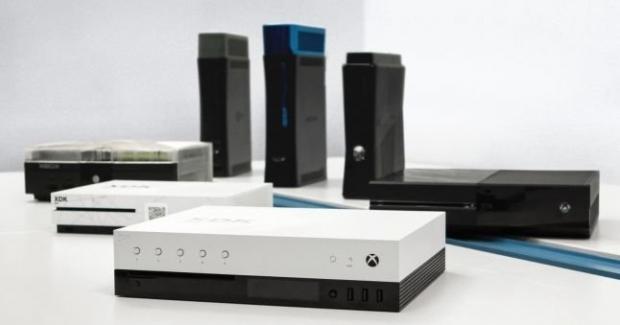