NVIDIA may have introduced its new GeForce GTX 1060, with AIB partners like GIGABYTE already revealing their GeForce GTX 1060 G1 Gaming card - but we still have AMD in the Red corner with its Radeon RX 480. 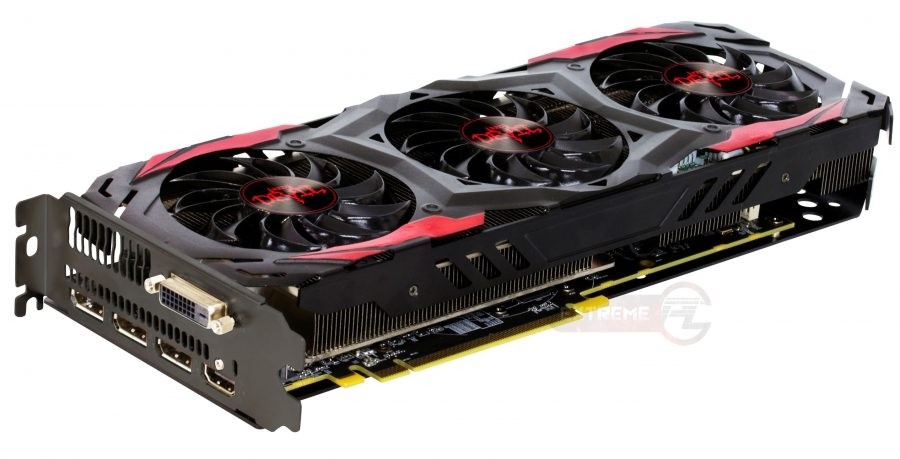 AIB partners are now revealing their custom RX 480s, with details on PowerColor's upcoming Radeon RX 480 Red Devil arriving. As you can see, it features a triple-fan cooler which should keep the Polaris 10 chip nice and chilled, with some promised overclocking headroom that will provide performance up and above the reference Radeon RX 480 from AMD.

We should be looking at 'out of the box' GPU clock speeds of around 1350MHz, which means we should be able to overclock PowerColor's Radeon RX 480 Red Devil past 1400MHz without a problem. PowerColor have used a custom PCB, with the cooling system being quite elaborate - running longer than the PCB itself. Underneath, we have the same 2304 stream processors, 8GB of GDDR5 RAM at 8GHz, and a 256-bit memory bus.

AMD launches its new Radeon website, a new hub for all things Radeon