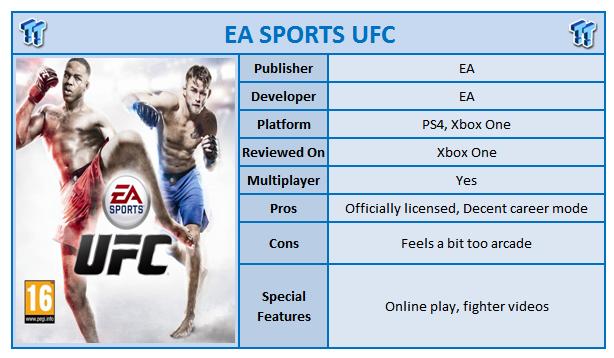 It's widely seen that UFC (Ultimate Fighting Championship) is the fastest growing sports franchise on the planet and as someone who has watched a few fights, it's not hard to see why. This is a sport that harkens back to our tribal days where our wild side and survival of the fittest natures kick in. This is a sport that whilst seeming like two blokes (or ladies) punching the daylights out of each other, requires a ridiculous amount of skill, training and sometimes luck. THQ has in the past tried to capture the magic of the UFC series in video game format, and done extremely well. However, with THQ having closed down, it was left for someone else to pick up the pieces for UFC fans and that someone is EA. On the new consoles only, this game is impressive, but it also has many elements that could have been better.

UFC offers a number of game modes to choose from, but the primary career mode is the opportunity for you to take an unknown fighter all the way to the top. In the career mode, you begin on The Ultimate Fighter (which like the UFC, is officially licensed for the game) before making it to the preliminary rounds and ultimately the pay per shows. This is generally how those who succeed on TUF carry out their careers as well, so it's nice to see EA try to build in the full UFC experience including TUF.

However, there are a few problems with the career mode, which just cannot be ignored. First of all, the primary goal of the game is to become the champion of the weight class you fit into with your custom character. That is all well and good, but past that all you are doing is continuously defending the title. There really is no end game here, which is unfortunate because in the past we have seen games like this have specific goals to achieve to 'beat' the game. Whilst this mimics real life, it does not in our opinion really fit well into the video game spectrum. 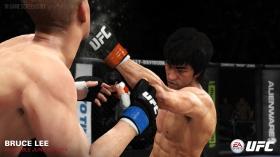 The other thing about the career mode is that it just gets boring after a while. The career mode tasks you with taking on a fight, training a few times and then taking on another fight. Depending on how well you do in training will determine how many skill points you have to attribute to your fighter before the next match. What really harms the game in this respect is the load times. They are not overly long, but they are long enough to become frustrating, especially when fights often are finished in the first round. This happens to be one of the game's biggest problems, which we will cover further into this review. As long as you are a good fighter, it's sometimes possible to get enough points to boost without having to do the training, which can make this a bit more bearable. 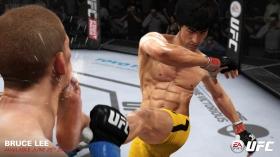 Aside from the career mode, there are a few other ways to play, including an exhibition match, where you take some of the existing UFC fighters and fight with them, a challenge mode and also online play. The challenge mode is basically a way to take on challenges and learn how the game works beyond the tutorials. The fact the game requires two ways to learn the controls should tell you how complex this control system really is.

One thing to note about this game is that it takes some time to learn how all the complex systems within the game play out. This is a game that spends the first thirty minutes teaching you how to play, and even then, it is likely you will find yourself going back to the tutorial at least a few times before becoming proficient, especially with the submissions. Submissions are probably the most unique and difficult facets of the game to become accustomed to. If you are the player being submitted, you have to move the R stick in any direction trying to outfox the opponent, whilst the player applying the submission needs to catch the other player using R. In general it works, but it's certainly not easy to get submissions, even with the specialists.

Our main problem with the game comes from the actual fighting. The engine (Ignite) that EA has used has replicated the UFC fighters well in terms of movement and animation, but it seems somewhere along the way they forgot they were making a simulation. Some quick research shows that typically about a third of the fights in the UFC end up finishing via knockout. In this game, it's about eighty percent from what we have played. It's just seemingly way too easy to get a knockout hit.

Even if the character is not 'rocked' to use the UFC slang, they can take a hit that gets them down instantly and the fight is over. Whilst this does mean that you always have to worry about taking hits, in comparison to its former competitor from UFC, it just ends this way far too much. This is the kind of thing that could be patched, so hopefully EA considers it. It is also really disappointing that such a conformist style control system is used. It would have been nice to see something like that of Fight Night where the sticks become the arms and legs of the fighter. 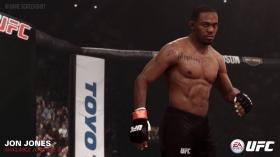 Aside from this, the actual events are replicated well. Even some of the UFC international events have been made available within the game, and the presentation matches that of the pay per view events right down to the imagery used to display the fighters and introduce them. There is no doubt that this is one area EA has knocked it out of the park in. Each match is introduced by Bruce Buffer in his typical over the top style, and commentary is provided by Joe Rogan and Mike Goldberg. Although after a while the commentary does become repetitive, it contains far more dialogue options than some of the other sports games around.

Multiplayer is available in the game in the form of local play with two controllers or online. To access the online features of the game, you do need to sign up for an Origin account, but this also gives you access to Fighter Net, where you can upload images of your face to superimpose onto your create a fighter. The results are actually quite impressive given that its being built off basic images and even though it's a painful process of going to a site, uploading the images and downloading them into the game, the result does somewhat make it worth going through all that. 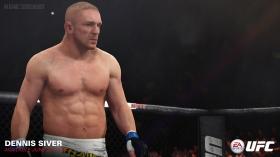 Visually the game is impressive, beyond the superimposed face as well. Each of the characters look like their real-world counterparts, no doubt helped by the power of the new consoles and each moves and punches in the same manner, as well. The aforementioned presentation of the game is incredibly impressive and in terms of frame rate, the game never misses a trick. In addition, the brutal nature of the fights is shown via cuts that can appear on characters faces and bodies and blood spurting onto the canvas. Occasionally the game will glitch up and fighters will do a few stupid things (that are hilarious), but overall it's pretty solid in the visuals department.

EA Sports UFC is in many was impressive, but in some other important areas, it's a disappointment. It is a real shame that the control system from Fight Night was not adapted in some manner, and the arcade feel of the game really does not simulate the sport that well. There are far too many knock outs and short fights for this to be considered a true simulation of the sport. If you want an MMA game, there is not much competition out there, so this is it for you, but don't be surprised if you come away a little disappointed. A fairly solid effort, but it needs some work.

PRICING: You can find EA Sports UFC for Xbox One for sale below. The prices listed are valid at the time of writing but can change at any time. Click the link to see the very latest pricing for the best deal.

United States: EA Sports UFC for Xbox One retails for $59.96 at Amazon.

Canada: EA Sports UFC for Xbox One retails for CDN$69.89 at Amazon Canada.