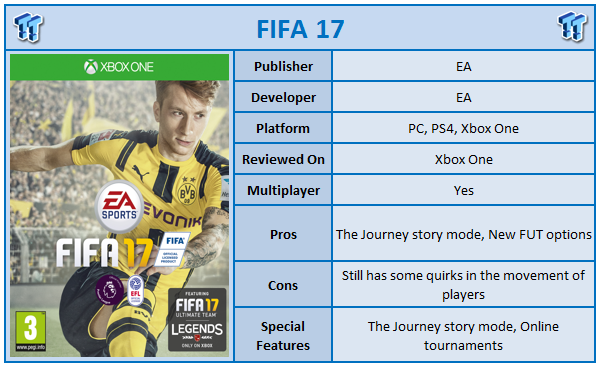 For years, Pro Evolution Soccer was the series to get. Konami had perfected the football genre on the PS2 generation, and FIFA was playing catch up. Years later, the reverse is true. FIFA is the dominant product while in last few years Pro Evolution has wallowed in mediocrity and featured numerous issues that kept FIFA on top. This year's Pro Evolution Soccer has hit the ground running, and it's also a year where EA has decided to not only introduce new modes, but also change the entire engine that runs the FIFA game. Obviously not resting on its laurels, the FIFA EA team has put a huge effort into this year's game, but has it paid off? Is FIFA still the king?

Perhaps the biggest and most surprising change that is included in FIFA 17 is the new single player story mode known as "The Journey." Beginning as an 11-year-old Alex Walker, over the course of a season (check if it's just one season), you go through the many trials and tribulations that top-level football players encounter, such as injuries, being stuck on the bench, or being dropped. You follow the path of Alex, a young man from what appears to be a middle-class, broken family trying to make it in the big time. Being an avid follower of the league that features in the story (the English Premier League), the path Alex takes does feel realistic, and it appears EA has checked with some of the younger stars from the league (Harry Kane, for example) to ensure that was the case.

At its base, however, "The Journey" is a wrapper from the mode formerly known as "Be a Pro." However, to dismiss it as that is entirely unfair. While the flow very much follows the same of "Be a Pro" mode (begin on the subs bench and work your way up to the first team), the storyline behind Alex Walker is an interesting take on a footballer's life. We will be honest and say that we were not expecting much from "The Journey," perhaps a two or three-hour mode, but this is actually a very solid, lengthy campaign, and while the storyline is fairly predictable, it's still fun to play. It's clear that they took this project seriously and it shows. It is easy to become wrapped up in the story.

The other significant change for FIFA 17 is the introduction of the Frostbite engine. Traditionally used in first person shooters, there is no doubt that switching to a new engine when Ignite was hitting its stride is a risk, but it seems to have paid off. The players move more fluidly, the play looks even more realistic, and it's clear that leaving the old generation behind has benefited the game tremendously. There are still some quirks in the movement of players that have been present in the past and led to some truly hilarious YouTube videos. 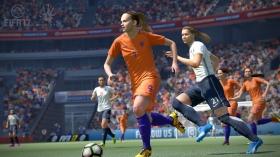 The play also moves significantly faster, and whether that is appealing to you will be down to your personal taste. To give an indication as to how much faster the game is, in the past to get the play in the way we liked, we used sliders to turn the speed of the match up to around 80. In FIFA 17, we get the same feeling with the slider at around 60. There is little doubt that this is the biggest change that long-time fans will notice first. The second significant change is the overhaul for set pieces which some will come to despise. We found it easier to hit the mark with the new set piece setup, so it's a thumb up from us, but there is no doubt that some won't like the change.

The new engine has also allowed EA to go back and clean up the movements and the looks of star players. While the characters were not ugly looking in the past, the Frostbite engine adds, even more, realism to the look and movement of the players, especially those that are recognizable from the big leagues. For the first time, EA has also placed managers (in "Manager Mode," you will customize your look before beginning) in the game, and this includes the actual real-world managers from the English Premier League. And this leads us to the next big change, the "Manager Mode." 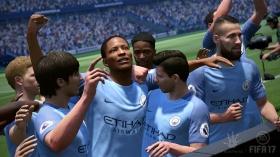 When you take on the managerial role of a club in a career mode, there are now a lot more things you need to deal with. Each club has tasks that the manager needs to achieve (you are told these up front) and the tasks are based on the real-world performance of the club. For example, with Juventus, you are tasked with winning Serie A, while Burnley will have your primary task as not being relegated. As you play through your career, you need to ensure you are not only meeting these tasks but balancing finances and in general keeping the board happy. Some of this has already appeared in FIFA games of the past, but this year, there's a lot more focus on it, and for those not keen on it, unfortunately, it cannot be turned off.

FIFA Ultimate Team, of course, makes a return this year and tasks you with building up the best team you can by opening packs of cards, but there are changes here as well. EA now provides themed challenges which could divert your attention elsewhere, but the rewards can be worth it. Themes might use all players from the one league or task you with ensuring all players are from a single nation. It's not a significant change to the formula, but it does keep things interesting for what has quickly become the most popular feature of the series. There is also a new invite-only tournament known as "FUT Champions" for those who excel in the online season mode.

The jewel in the crown for FIFA has always been its multitude of licensing - FIFA 17 is no different. Retaining the English Premier League exclusively, many other leagues also remain available including Serie A, La Liga, the Bundesliga, and many of the divisions from lower tiers in major European countries. For the first time, EA also has signed Japanese and Brazilian top divisions. You can now recreate some of the most iconic battles from those regions. 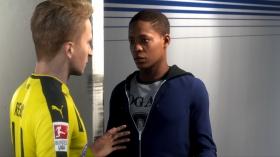 The visual overhaul that EA has performed on the German and English top leagues remain, however, some of the new Premier League imagery is missing (we assume that the graphics were not ready for EA by the time deadline rolled around) - hopefully they patch this in for the full visual experience. Some will be disappointed to note that despite rumors to the contrary, clubs from women's leagues have not been included and the only change that the women's part of the game sees is the addition of some new national teams such as Norway (aside from the visual overhaul, of course).

If it's not apparent by now, the visuals in FIFA 17 are stunning, to say the least. Players can be easily recognized by not only their facial features but the way the characters move. For example, Kane moves significantly different to a player such as Payet, just like in the real-world game. The Frostbite engine has allowed EA to boost the visuals of the series, and despite this, the game on the Xbox One retains a rock-solid framerate, with no slowdown noticed while playing. 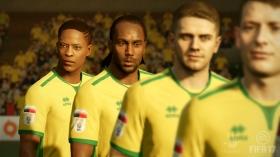 As per usual, the sound effects and soundtrack are of premium quality. Martin Tyler returns for his superb commentary (including some unique tracks for Alex Walker in "The Journey"), and the roar of the crowd can be felt. While the soundtrack contains yet again an eclectic mix of music from around the globe, FIFA consistently has one of, if not the best, game soundtracks of the year and FIFA 17 is no different.

It was a risky year for EA. Introducing not only a brand new single player story (that could have seen players accuse EA of neglecting the rest of the game) but also a brand new engine that that has traditionally been used to produce games from other genres. But they pulled it off. FIFA 17 is an improvement on FIFA 16 and considering that Ignite was hitting its stride as a game engine, it's surprising to see that they went and rebuilt the game again so soon. Pro Evolution Soccer may have had a strong year, but FIFA 17 may still be the king. It's going to come down to personal preference, but you won't be disappointed at all if you pick up FIFA 17.