The new leaked photos of Lenovo's upcoming GeForce RTX 4090 LEGION graphics card show us that it is an absolute, utter, case-crushing, and PCIe port-crushing quad-slot, right-over-your-motherboard crazy size. It's a quad-slot GPU with an updated RTX 40 logo design (the new font NVIDIA is using) and a single 12VHPWR power connector.

You can see that Lenovo is using a rather extensive thermal solution under its GeForce RTX 4090 LEGION graphic card, so the card should have no issues with the 450W default TGP. We have just been hearing that NVIDIA has a maximum configurable 660W TGP, but it's not available to all models.

We don't know if Lenovo will have a default 450W TGP or higher 660W TGP on its custom GeForce RTX 4090 LEGION graphics card... but we don't have much longer to go now thankfully. We would've been using NVIDIA's new Ada Lovelace GPU-powered GeForce RTX 4090 graphics card earlier, where I've just exclusively reported that NVIDIA has had GeForce RTX 40 series GPUs in Taiwan since August.

NVIDIA is hosting its "GeForce Beyond" special broadcast during GTC 2022 on September 20 at 8AM, so if you want to know what's going on with the next-gen GeForce RTX 40 series graphics cards then you'll definitely want to tune into that. 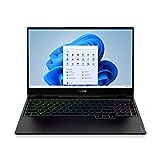