ZOTAC's new GeForce RTX 4090 AMP Extreme AIRO graphics card has been spotted, turning up on the Baidu forums with a sneak peek at the re-designed cooler and new retail packaging. 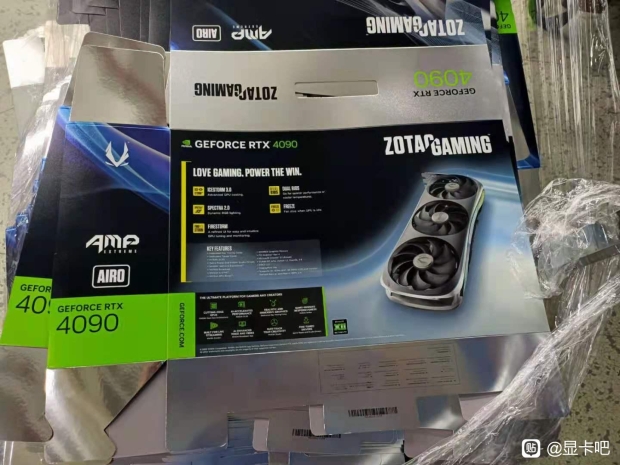 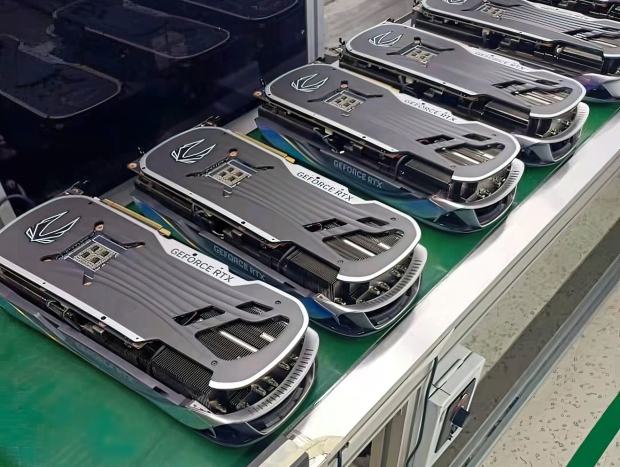 As you can see, ZOTAC is using a chunky new triple-slot, and triple-fan cooler for its custom GeForce RTX 4090 AMP Extreme AIRO graphics card. We can't see the power connectors on the card here, but we should expect at least one 16-pin PCIe Gen 5 power connector in the form of the new 12VHPWR power connectors.

There's room here for more than one, but we should expect a single 12VHPWR connector if NVIDIA launches the GeForce RTX 4090 with a 450W TDP.

Inside, NVIDIA's next-gen Ada Lovelace GPU architecture will debut with the AD102 GPU powering the GeForce RTX 4090. AD102 will reportedly feature 16384 CUDA cores, 24GB of GDDR6X memory, and a 450W TDP. We're expecting up to 2x the performance of the GeForce RTX 3090 -- not the RTX 3090 Ti -- and I'm sure many other tricks up NVIDIA's next-gen Ada Lovelace GPU sleeve.