NVIDIA has officially announced its new "GeForce Beyond" event, which will take place as a "special broadcast" during GTC 2022 later this month on September 20.

You can tune into the GTC 2022 special broadcast of GeForce Beyond on September 20 at 8am PT, where NVIDIA founder and CEO Jensen Huang will present his GTC 2022 keynote with the latest breakthroughs in gaming, creating, and graphics technology.

It was barely 12 hours ago that NVIDIA teased its "Project Beyond" on Twitter, and now we know why: the next-gen GeForce... which isn't hard to figure out. Project Beyond + GeForce Beyond = new GeForce GPU. NVIDIA has a new post on its official website titled "GeForce Beyond: A Special Broadcast At GTC 2022 with Jensen Huang" which teases that PC enthusiasts won't want to miss this special broadcast.

NVIDIA founder and CEO Jensen Huang will open up GTC 2022 with the GeForce Beyond special keynote, where it seems we're going to be introduced to, or at the very least teased with NVIDIA's next-gen Ada Lovelace GPU architecture and new GeForce RTX 40 series GPUs.

We've recently seen renders of the purported GeForce RTX 4090 Founders Edition graphics card which rocks a slightly larger fan than the GeForce RTX 3090 Founders Edition graphics card. Inside, we are expecting NVIDIA to use the AD102-300 GPU made on TSMC's new 5nm process node, packing 16384 CUDA cores and GPU clocks of up to 2750MHz+ on custom AIB models of the RTX 4090.

NVIDIA's new GeForce RTX 4090 is expected to use 24GB of GDDR6X memory, the same amount that's on both the GeForce RTX 3090 Ti and RTX 3090 graphics cards. But, rumor has it NVIDIA is using faster 23Gbps bandwidth GDDR6X memory modules from Micron on their upcoming GeForce RTX 4080... so we should expect much faster bandwidth on the flagship RTX 4090. 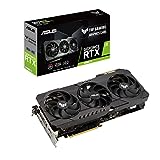