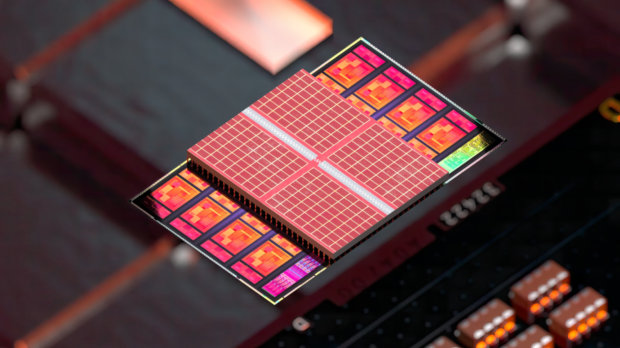 Back in 2021, we had AMD teasing a 12-core Zen 3-based prototype CPU with a Zen 3 base CCD design that had 32MB of L3 cache, which was then boosted to 96MB per CCD through the use of 64MB of AMD 3D V-Cache. This is enabled Through Silicon Vias (TSV) on CCD, with direct copper-to-copper bond.

No CPU like it was ever released, with the closest being the Ryzen 7 5800X3D processor that featured the first-gen AMD 3D V-Cache... but second-gen 3D V-Cache sitting on the Zen 4-based CPUs would be pretty damn good. We are expecting to see much more cache as Ryzen 7000 series "Zen 4" processors already have more cache, but with second-gen 3D V-Cache we should expect even more.

Intel will react to the next-gen Ryzen 7000 series "Zen 4" processors with its upcoming 13th Gen Core "Raptor Lake" processors, but AMD will strike back against the Core i9-13900K processor with its new Ryzen 9 7950X3D processor with the use of second-gen 3D V-Cache... and man, as a nerd I'm super excited.

Up and above that, there's the Ryzen 9 7900X, Ryzen 9 7950X, and then the Ryzen 9 7950X3D which will be sitting on top of what I'm sure is going to be a benchmark-chart-dominating CPU that Intel will be fighting hard against with its upcoming Core i9-13900K "Raptor Lake" CPU.