Not only that, but NVIDIA will reportedly be making its new GeForce RTX 4090 cheaper... yes, cheaper... than NVIDIA's current flagship GeForce RTX 3090 Ti graphics card. The rumor we're discussing right now is coming from the Chiphell forums, stating that the GeForce RTX 4090 will be the only next-gen GPU that we see this year.

The rumor continues that NVIDIA might not have the other GeForce RTX 40 series SKUs out until Q1 2023, which would be a very interesting way of Ada Lovelace being rolled out. But why, and how would that happen? Well, I've been reporting from leaker Tom @ Moore's Law is Dead that AIB partners told NVIDIA to "go pound sand" over their warehouses filled with Ampere and Turing GPU stock. The AIB source said, "we're even willing to risk Lovelace allocation if they threaten us".

Especially if the GeForce RTX 4090 is cheaper than the GeForce RTX 3090 Ti... if that's the case, then NVIDIA will only be combating the Navi 31-based graphics cards from AMD with its AD102-based GeForce RTX 4090. If those rumors are true, then we could see NVIDIA delaying the other RTX 40 series GPUs and use their existing Ampere inventory until it is completely dry.

Q1 2023+ also makes sense given that Intel has nothing, absolutely nothing to fight back with when it comes to its Arc desktop GPU family. 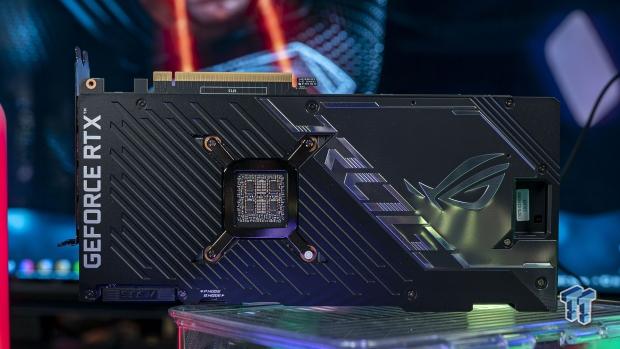