Starfield will let you live your best space-age life, whether it be an intrepid voyager of the stars or an interstellar culinary master. 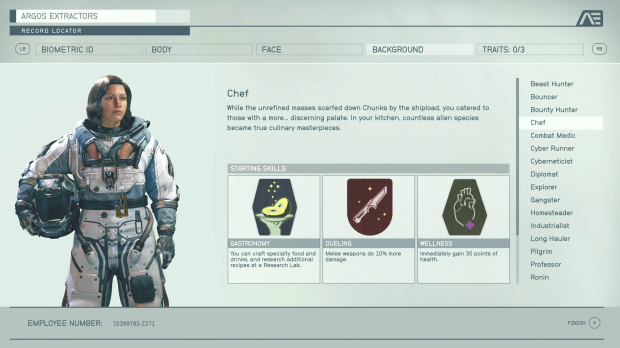 Starfield will continue Bethesda's penchant for offbeat and irreverent humor. There's LSD fish, a bunch of funky planets, and weird critters scuttling around on moons. Sure there's lots of realism here--the stark coldness of space for one, the do-or-die FPS combat for two--but players will also get a taste of whimsy too.

Speaking of tastes: One of Starfield's starting classes is a Chef. Apparently cooking will play a big part of Starfield, which makes sense considering the dearth of materials and aliens you can collect/harvest across the game's 1,000 planets. We don't know how in-depth the cooking system is (hopefully it's as robust as FFXV) but we'll at least be able to make "specialty food and drink".

"While the unrefined masses scarfed down Chunks by the shipload, you catered to those with a more...discerning palate. In your kitchen, countless alien species became true culinary masterpieces," the Chef class reads. 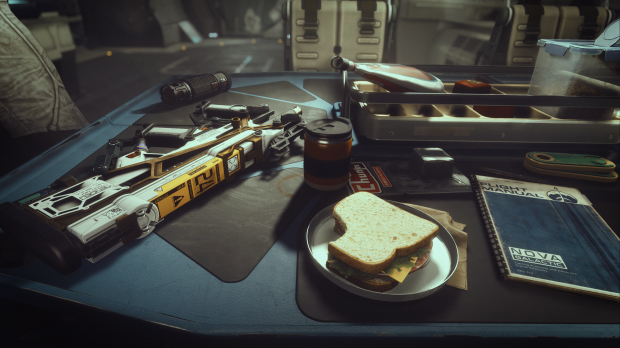 I'm personally hoping we'll be able to harvest those crazy LSD fish and cook them into dishes to give to NPCs we don't like. It'd be fun to watch them absolutely flip out. I bet there's a quest or two that requires players to do something like this...

Oh, and Starfield's new trait system confirms you'll have parents in the game. The Kid Stuff trait automatically pulls 10% of your money to send back to your folks at home. That's pretty hilarious. Bethesda is forcing you to be a good child.