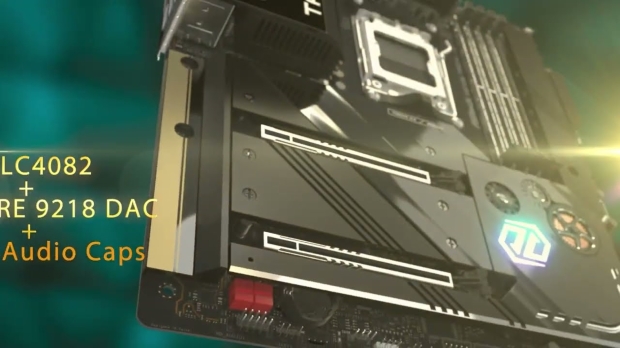 The company teased its new AM5-based motherboards on its official YouTube channel, with the AM5-based series ready to rock and roll with AMD's next-gen Zen 4-based Ryzen 7000 series CPUs. ASRock has teased the new X670 Taichi, and introduced the X670 Taichi Carrara: a new special edition board celebrating ASRock's huge 20th birthday.

ASRock explains: "ASRock reveals a series of motherboards based on the revolutionary AMD X670 chipset. The new motherboards are equipped with many exciting features and new technology such as PCIe 5.0 & DDR5 capability, the insane I/O capability including the support of Thunderbolt 4.0 has pushed the X670 platform even further into high-end desktop category".

"ASRock went all out on the VRM design too, with total of 26 phases SPS Dr.MOS design on the X670E Taichi, it is the most powerful AM5 product ASRock can offer, and on top of that, there's a special edition motherboard X670E Taichi Carrara to celebrate the 20th birthday of ASRock! Z690 PG Riptide NFT Edition is the very first motherboard co-designed by thousands of people, also WRX80 Creator gives uncompromised performance for all kinds of content creation".