It looks like AMD could unveil something truly awesome at Computex 2022 in the next few days, after a new tease of AMD's next-gen X670, X670E, and B650 chipsets. 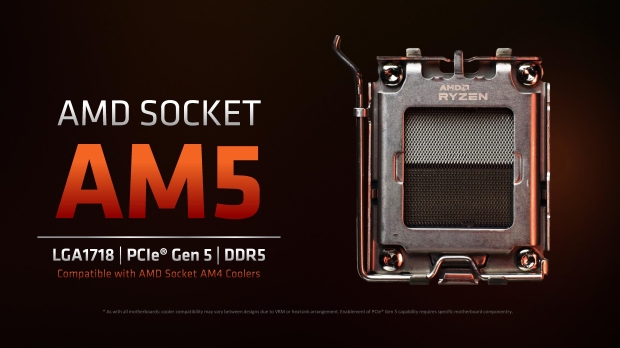 AMD's new X670, X670E, and B650 chipsets will be ready for AMD's next-gen socket AM5 processors, which will be the home of their new Zen 4-powered Ryzen 7000 series CPUs that will arrive later this year. The new X670E will be an "Extreme" version of the chipset, that will support PCIe 5.0-capable GPUs and SSDs.

We might not see many PCIe 5.0-enabled GPUs this year, but AMD's next-gen Navi 31-based Radeon RX 7970 XT graphics card will be the first to market with PCie 5.0 x16 support. NVIDIA will be lagging behind, and Intel... well let's not even get into that, shall we? The new flagship X670E chipset will not only rock PCIe 5.0 support, but also DDR5 RAM support bringing AMD up to the same level as Intel in the high-end chipset department.

The source on this leak teased: "We can now tell you that the X670E will be a special SKU where the E stands for Extreme. Based on the information we've managed to source, it doesn't seem to differ from the X670 chipset in terms of functionality or features. However, all X670E motherboards must offer PCIe 5.0 connectivity to both the GPU and the M.2 NVMe SSD slot or possibly slots, whereas X670 based motherboards can use PCIe 4.0 instead [...]".