The National Solar Observatory (NSO) and National Oceanic and Atmospheric Administration (NOAA) have released telescope and satellite views of the latest solar eclipse.

The partial solar eclipse on April 30th was viewable only from the Southern Hemisphere, in parts of Antarctica, South America, the Pacific and Atlantic Oceans. However, NOAA satellites were also able to view the event from space. NOAA's GOES-16 satellite captured the moon passing in front of the sun, while its GOES-East satellite spotted the moon's shadow passing over Earth.

Some ground-based telescopes also caught the event, such as the National Science Foundation's Global Oscillation Network Group (GONG) telescope at their NOIRLab Cerro Tololo site located in Chile. The next eclipse is due on May 15th, when May's full moon, known as the Flower Moon, will undergo a total lunar eclipse. After that, another solar eclipse is due on October 25th, 2022. 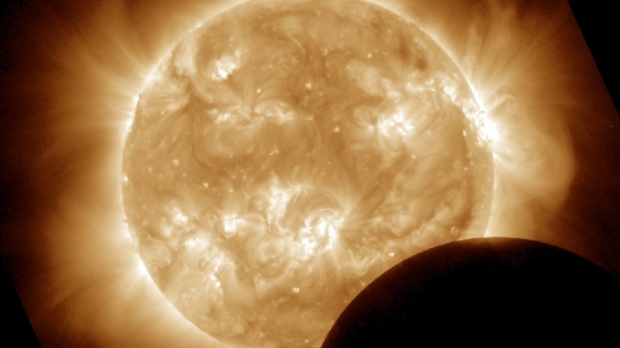