AMD's next-gen EPYC processor based on the super-next-gen Zen 6 architecture has had some light shined onto it. We're only at Zen 3 on the desktop right now, with Zen 4 being unleashed next year... Zen 5 is a while away, let alone Zen 6.

The news is coming from Tom @ Moore's Law is Dead -- who is on a roll with leaks lately -- where his sources have said that AMD's next-gen Zen 6 architecture is codenamed "Venice". The new 3rd Gen EPYC CPUs have just been updated, powered by AMD's delicious new 3D V-Cache technology. We should be expecting the Zen 6-powered AMD EPYC "Venice" CPU sometime in 2024, 2025+.

But then things get bumped up with the EPYC "Bergamo" later this year, which will be offering up to 128 cores and 256 threads powered by the Zen 4c architecture and 5nm node, slotting into the same SP5 socket (LGA 6096). After that, we'll have the EPYC "Turin" CPU launching in 2023/2024 powered by the Zen 5 architecture and up to an insane 256 cores and 256 threads of CPU power.

AMD offering 256C/512T with EPYC "Turin" in 2023/2024 means that EPYC "Venice" should have more cores and threads, powered by the newer Zen 6 architecture and an unknown socket at this time. We could see a new CPU socket, faster DDR5 memory support, more CPU cores, more cache, more cTDP, more... everything, really. 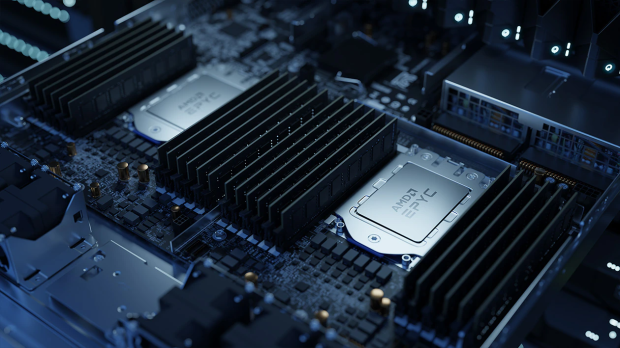