AMD currently has its Zen 3 architecture powering its Ryzen 5000 series CPUs and while the Zen 4 architecture is in the oven, the Zen 5 architecture is right behind it and now we have some juicy new rumors about AMD's next-next-gen Zen 5 APUs. 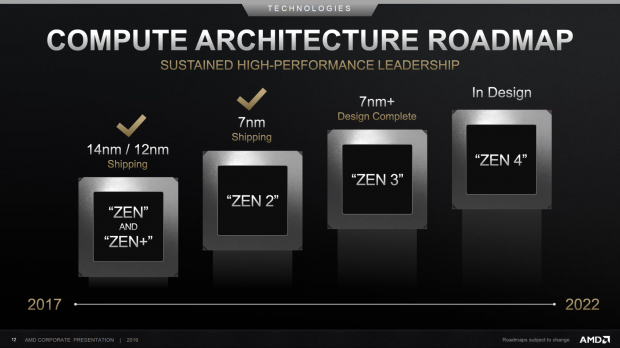 The next-next-gen AMD Zen 5 APUs are reportedly codenamed "Strix Point" -- with no affiliation to ASUS that I'm aware of -- which will be made on TSMC's new 5nm process and rock next-gen DDR5 memory support. The new codenamed Strix Point APUs would use the AMD Zen 5 architecture and will fill out the Ryzen 8000 series of CPUs in 2024.

Moepc has the scoop here, explaining: "Zen 5 APU "Strix Point" belongs to Ryzen 8000 series (at the time of writing), and it will adopt big.LITTLE like Intel's Alder Lake and Raptor Lake, with 8 big Zen 5 cores and 4 little cores. It's scheduled to be launched in 2024".

The new AMD Strix Point APUs would drop in 2024 powered by ARM big.LITTLE inspired design -- with 8 x large Zen 5 cores and 4 x smaller cores (but we don't know what those 4 x smaller cores would be). We could expect a desktop-focused Zen 5-powered family of CPUs to launch before the APUs -- but we've got Zen 4 to enjoy before now and then.