Assassin's Creed Valhalla has made over $1 billion in revenues in little over a year, breaking a new record for the franchise. 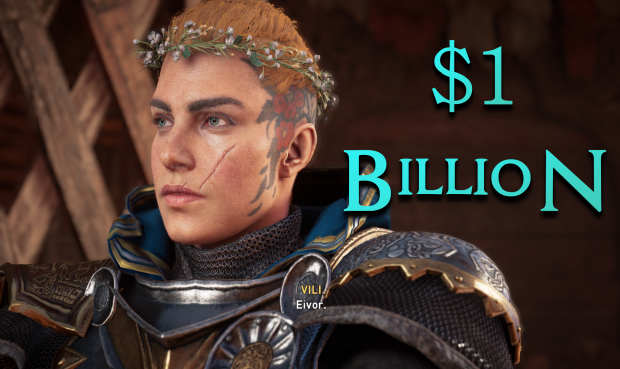 In less than a year, Assassin's Creed Valhalla became the second most-profitable game in Ubisoft history. Now Ubisoft CEO Yves Guillemot confirms the game has made over $1 billion in total consumer revenues, which includes sales and microtransactions.

"For the first time in the Assassin's Creed brand, the game passed $1 billion dollar consumer revenue and it did that during the December month. It's something new for a franchise like Assassin's [Creed] to reach that kind of revenue," Guillemot said in a recent Q3 2021 earnings call.

That's a lot of money. Out of curiosity, I decided to see how much of Ubisoft's yearly revenue was potentially made up of earnings from Assassin's Creed Valhalla.

According to data provided by Ubisoft coupled with a quick bit of math, conversions, and estimates shows Valhalla could've made as much as 42% of Ubisoft's earnings in the 13 month period since its launch in Q3 2020 to Q3 2021.

That is, if Ubisoft got to keep all of consumer revenues...which it doesn't. Remember that Ubisoft has to pay Microsoft, Sony, and Epic a cut for each digital copy sold, and it has to pay distributors and other miscellaneous costs for manufacturing and shipment of physical games.

Below you can find calculation methodology: 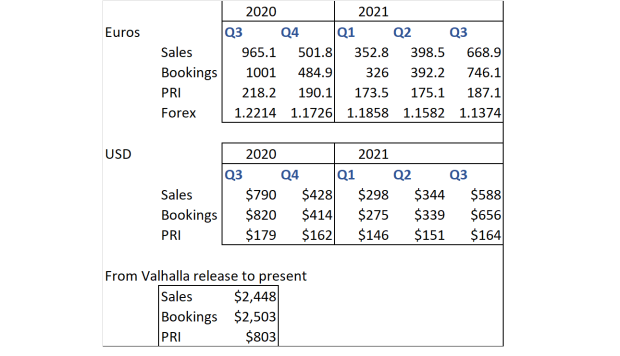