Assassin's Creed Valhalla will stretch into 2022, but Ubisoft has big things for the franchise in 2023 and beyond. 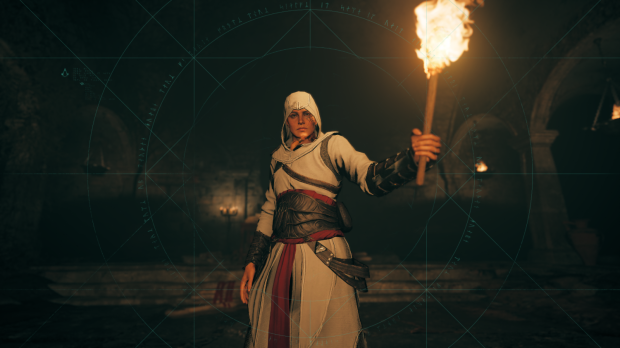 Today Ubisoft shared a special teaser to celebrate Assassin's Creed Day. The small hint is centered around Assassin's Creed Infinity, the next game in the series. Reports say Infinity isn't just a name, but an adjective that describes a never-ending Assassin's Creed game. Similar to Halo Infinite becoming a portal for all future Halo games, it looks like Ubisoft is doing the same with the Assassin's Creed franchise.

The teaser is short but sweet, telling fans that the series has an "exciting' future beyond Assassin's Creed Valhalla. That strongly indicates Infinity won't be ready until at least 2023, especially since Valhalla is getting a second season pass in 2022, starting with its huge new Dawn of Ragnarok expansion.

Our prediction is that AC Infinity is Ubisoft's first entry into the new emerging Games-as-a-Platform trend, which is a natural evolution of the current digital-based gaming marketplace. GaaP would combine all elements of GaaS--live services, online play, monetization, grindy mechanics, social hooks, etc--with a new novel concept of treating a base game as a launcher of sorts.

Think of Infinity as a launcher similar to Final Fantasy XIV Online, or even Steam for that matter; it's the gateway to other AC games. Infinity could be a digital storefront-and-game combo that hosts, serves, and launches multiple Assassin's Creed "games," which could be treated as post-launch DLC, base games like Valhalla, or even inter-connected experiences and smaller, bite-sized chapters like the AC Liberation game.

The new AC Odyssey x Valhalla crossover event is a prime example of what Infinity could offer. This is just the beginning, and cross-game content could be wrapped together in the Infinity package.

Oh, and Ubisoft also confirmed that Assassin's Creed Origins will get a 60FPS patch sometime soon. There's no concrete details on when that will happen though.