Samsung has finally, through the flames of drama, officially announced its next-gen Exynos 2200 processor. The company is saying that this new "game-changing" SoC is powered by an AMD RDNA 2-based "Xclipse" GPU.

Samsung's new Exynos 22 is a "freshly designed mobile processor" with an AMD RDNA 2-based Samsung Xclipse GPU, with the "most cutting-edge ARM-based CPU cores available in the market today and an upgraded neural processing unit (NPU), the new Exynos 2200 will enable the ultimate mobile phone gaming experience, as well as enhancing the overall experience in social media apps and photography".

Thanks to the RDNA 2-powered Samsung Xclipse GPU, we have hardware-accelerated ray tracing (RT), as well as variable-rate shading (VRS) -- these technologies have been reserved for PC gamers, and only just recently with the next-gen consoles -- and now Samsung has it in your hands.

Inside, Samsung's new Exynos 2200 is one of the very first to have ARM's latest ARMv9 CPU cores which offer a "substantial improvement" over ARMv8 -- which Samsung points out "in terms of security and performance, the two areas that are becoming critically important in today's mobile communications devices".

There's a tri-cluster that consists of a single powerful ARM Cortex-X2 flagship-core, while 3 performance and efficiency balanced Cortex-A710 big-cores, and 4 power-efficiency Cortex-A510 little-cores. The upgraded NPU offers new levels of AI for mobile devices, with the NPU performance doubling with Samsung's new Exynos 2200. 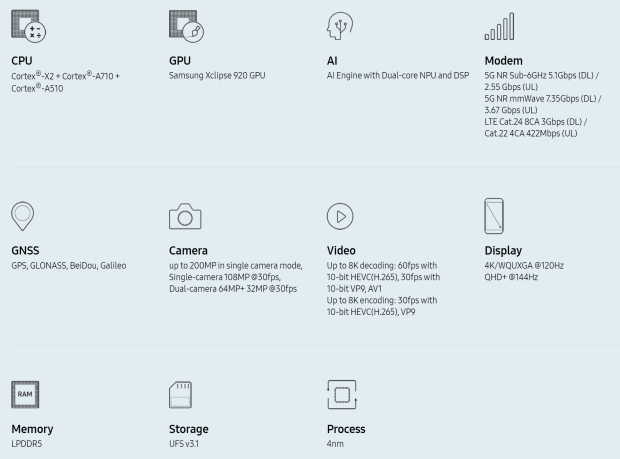 As for the camera side of things, the Exynos 2200 rocks a new image sensor processor (ISP) that has been "redesigned to support the latest image sensors for ultra-high resolution of up to 200 megapixels (MP)". This means that an Exynos 2200-powered smartphone can rock up to a 200-megapixel camera, as well as 108-megapixel single camera mode, and 64+32-megapixel in dual-camera mode.

We also have support for both 4K HDR and 8K HDR video recording abilities with the Exynos 2200. THere's also support for super-fast 144Hz mobile displays, too.

Yongin Park, President of System LSI Business at Samsung Electronics said: "Built on the most advanced 4-nanometer (nm) EUV (extreme ultraviolet lithography) process, and combined with cutting-edge mobile, GPU and NPU technology, Samsung has crafted the Exynos 2200 to provide the finest experience for smartphone users. With the Xclipse, our new mobile GPU built with RDNA 2 graphics technology from the industry leader AMD, the Exynos 2200 will redefine mobile gaming experience, aided by enhanced graphics and AI performance". 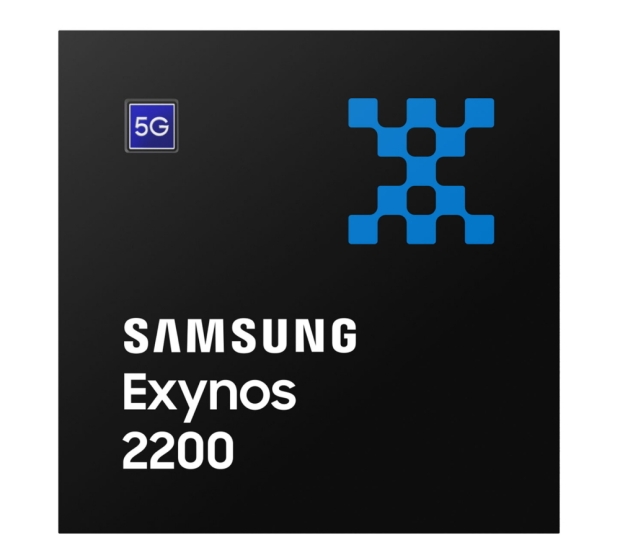 "As well as bringing the best mobile experience to the users, Samsung will continue its efforts to lead the journey in logic chip innovation".