AMD and Samsung announced their multi-year strategic partnership back in August 2019, where we would eventually see the RDNA architecture inside of a Samsung smartphone... and that day is now one giant step closer. 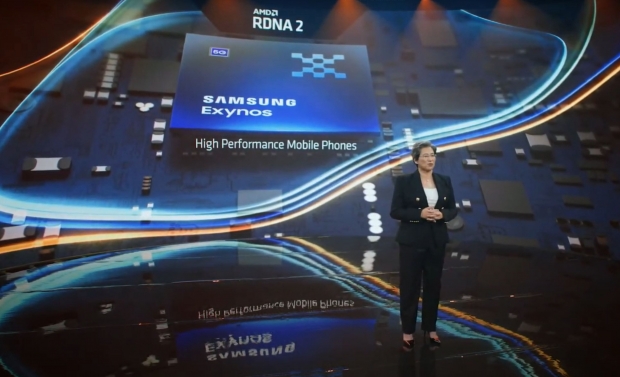 During their Computex 2019 keynote, AMD CEO Dr. Lisa Su said that the next-gen flagship Samsung Exynos SoC will have RDNA 2 graphics. The new custom GPU will be based on the RDNA 2 architecture, the same GPU architecture that powers the Radeon RX 6000 series (in both desktop and now mobile form) and the Microsoft Xbox Series X/S and Sony PlayStation 5 next-gen consoles.

Samsung will have the latest graphics features like real-time ray tracing and Variable Rate Shading (VRS) which PC gamers and console gamers have been enjoying for a little while now.