Keanu Reeves delivered one of the most iconic performances in video game history as Johnny Silverhand in Cyberpunk 2077. But Reeves hasn't actually played the game yet. 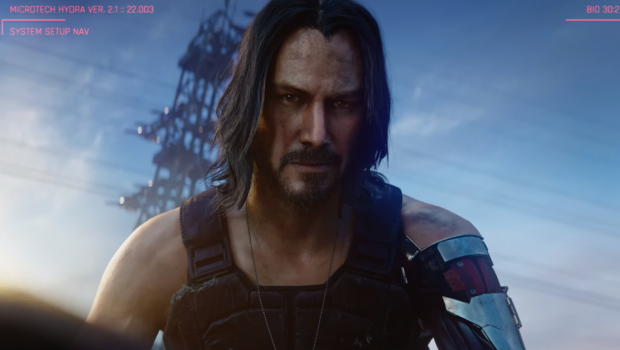 In a recent interview with The Verge, beloved megastar Keanu Reeves says he doesn't play video games--not even a game he starred in. When asked if he's played Cyberpunk 2077, Reeves said: "No, I mean I've seen demonstrations but I've never played it."

Silverhand's role in Cyberpunk 2077 is so monumental that CD Projekt RED considered him "almost a second protagonist." There's lots of spoilers dealing with Keanu's character so we'll leave it at that.

Keanu's limited playtime makes sense. Reeves has been tremendously busy with two Matrix projects: the high-budget Matrix Resurrections film and the Matrix Awakens Unreal Engine 5 gameplay demo. He also has a bunch of side projects including running a company that makes custom motorcycles.

Not every superstar is so averse to video games. Superman star Henry Cavill is a huge gamer and Witcher nerd--his passion for the franchise was a big decided factor for his role as Geralt of Rivia.