Keanu Reeves is HODLing his cryptocurrency, something we know after he was interviewed by The Verge along with The Matrix Resurrections co-star Carrie-Anne Moss.

Keanu was asked if he heard about the Matrix NFT that was done for The Matrix Resurrections, where there were 100,000 NFTs made for the new movie and the website broke in a couple of hours with 300,000+ people waiting in the queue to get their exclusive Matrix NFT for $50.

The Verge reporter adds "but they're not the same" while Keanu is mid-giggle about NFTs, adding "it's not a fake version of you". Keanu turns to Carrie-Anne and says "I wonder what, do we get a cut of that, I don't think they're in them... I think they did other people". 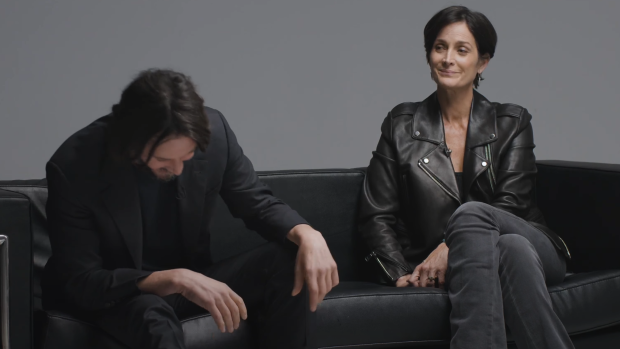