Disney and Lucasfilm plan to reveal a new Star Wars game shortly before Christmas. Could it be something big? 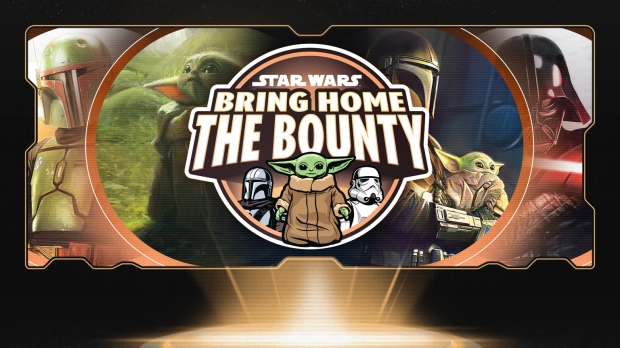 Lucasfilm just announced a new Bring Home the Bounty campaign, and it's kind of like an advent calendar with a different product reveals planned every week. Most of the reveals are shop items--new action figures, apparel, bundles, etc--but one of them is a games reveal. This is pretty interesting because there's a lot of Star Wars games in development right now.

While it's likely the game reveal won't be something huge, there is a possibility that Lucasfilm could surprise announce a AAA product. Right now a number of studios are working on Star Wars games; Aspyr is tackling a remake of Knights of the Old Republic, EA is working on multiple Star Wars titles, Respawn is developing Jedi: Fallen Order 2, and Ubisoft is even making their own story-driven action-adventure game. 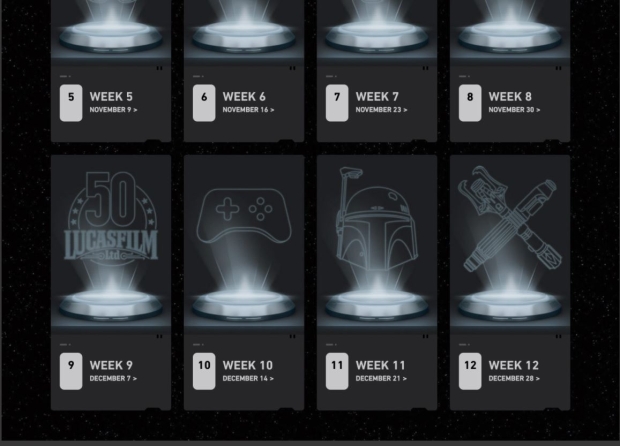 Only two of these haven't been officially revealed--Jedi: Fallen Order 2 and Ubisoft's new game--but protocols insist that publishers, not Lucasfilm, would make big showcases around titles. History tells us this reveal could be a smaller game like a mobile title or free-to-play download on consoles and PC.

"With the Lucasfilm 50th anniversary coming to a close this year, we wanted to find a way to celebrate all of our beloved characters and stories from the classic to the new and everything in-between" said Paul Southern, Senior Vice President, Franchise & Licensing, Lucasfilm. "There will be something to excite every Star Wars fan this year with such a wide assortment of items to enjoy and engage with, whether fans are adding to their own collections or scouring for the perfect gift."