When Musk was declared the world's richest individual by Forbes, he said in an email to the publication that he would send Bezos a "giant statue of the digit '2' to Jeffrey B., along with a silver medal", and now Musk has followed through on one of those. Bezos recently took to Twitter with a motivation post that details the success of Amazon despite what others were saying at the time.

Bezos goes on to say that today Amazon is one of the world's most successful companies and has "revolutionized two entirely different industries". In response to the post, Musk replied with a silver medal second place emoji, and nothing else. Since the events of Blue Origin suing NASA, which delayed the construction of SpaceX's vehicle that is scheduled to take astronauts back to the Moon, Musk has been taking shots at Bezos, with Musk even saying, "you can't sue your way to orbit". More on that story here. 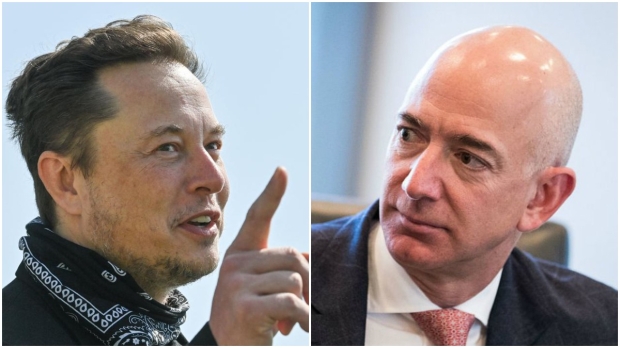