The space race between SpaceX's Elon Musk and Blue Origin's Jeff Bezos and Virgin Galactic's Richard Branson has been heating up for a while.

Blue Origin founder Jeff Bezos missed out on NASA's $2.9 billion contracts to construct a new lunar lander. The contract was awarded to SpaceX, and since that decision was made, Blue Origin has been making moves to get the decision overturned, even going as far as to sue NASA. The lawsuits and efforts on Blue Origins' behalf to get the decision overturned have caused major delays with the construction of SpaceX's lunar lander, which has thrown the timeline of humans getting back onto the Moon by 2024 into jeopardy.

As you can probably imagine, the constant stopping and starting with SpaceX's lunar construction would be very frustrating for everyone involved. SpaceX CEO Elon Musk has previously voiced his concerns over Blue Origin's decision to sue NASA, even going as far as to pay out Jeff Bezos, "Turns out Besos retired in order to pursue a full-time job filing lawsuits against SpaceX". Now, Musk has fired another shot off at Bezos during an interview at CodeCon 2021.

Musk said that Bezos "should put more of his energy into getting to orbit, [rather] than lawsuits." Adding, "You cannot sue your way to orbit, no matter how good your lawyers are." On top of that, Musk said that he doesn't speak to Bezos, but he does "subtweet, if you will."

For more information on the space race, check out this link here. 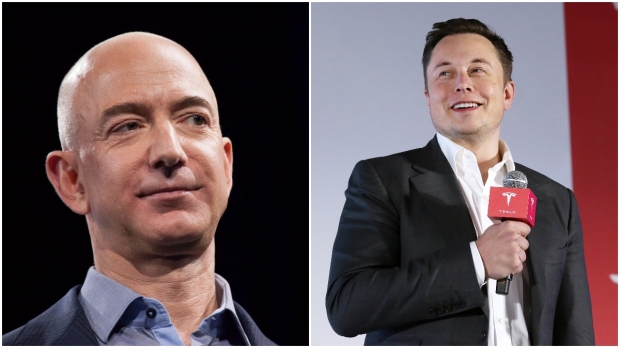