Microsoft's E3 show delivered a ton of announcements and gameplay reveals, but one thing caught me off guard: Mention of the Wolfenstein franchise. 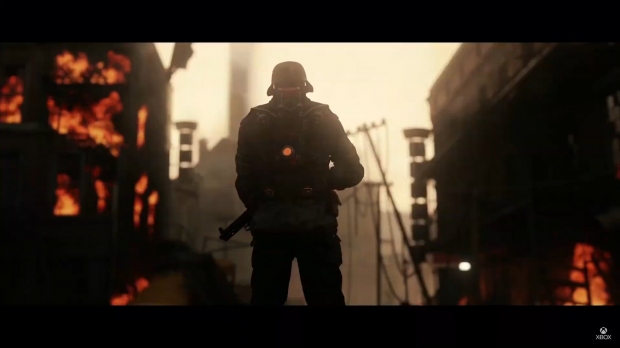 Although Halo Infinite dominated the Xbox E3 2021 show, Phil Spencer might've teased the next Wolfenstein game from MachineGames. "We unveiled the stunning multiplayer mode for the world's most beloved shooter in Halo Infinite, adding to the roster of iconic Xbox shooters alongside Wolfenstein, Gears of War, Perfect Dark, and Doom," Spencer said at the end of the show.

On the surface this doesn't mean much. However, we know a new Gears of War is in development, as well as a new Perfect Dark. Wolfenstein was mentioned alongside these in-development games (and there's a good chance a new Doom is in the works, too).

"Along with Bethesda Game Studios, all of our teams are continuing to work on the projects that have been in development since well before we joined the Xbox family. So rest assured, the games you have been expecting and hoping for are still in the works," Pete Hines said at the E3 show.

In 2018, Bethesda's Pete Hines confirmed Wolfenstein 3 was in the works.

"Absolutely we're making a Wolfenstein III. They said on stage that they're taking a break from the larger story to do this thing. But we all have to see how that ends," Hines said.

Job listings at MachineGames also hinted the next Wolfenstein would have co-op similar to Youngblood.

Right now MachineGames is focused on a new Indiana Jones project for Lucasfilm Games with an all-original storyline.