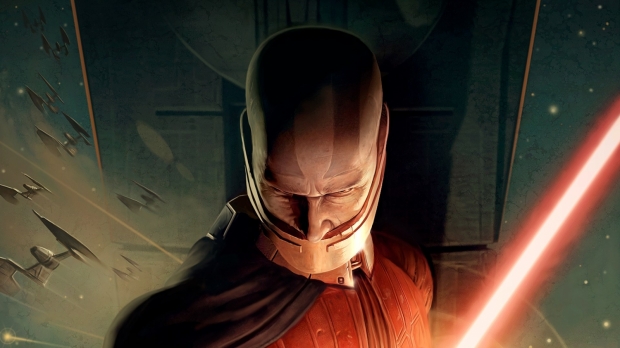 "In the current financial year ending March 2022, we are committed to fulfilling our ambition to complete more than 90 game development projects with a total completion value in the range of SEK 2,800 to 3,300 million. This includes projects from Gearbox and Aspyr," the company said.

Sources have told Bloomberg's Jason Schreier that Apsyr is working on the long-rumored KOTOR remake as part of the developer's ongoing slate of remastered Star Wars classics. KOTOR may be the project Embracer is referring to, and if so, the Knights of the Old Republic remake will release at any point up until March 31, 2022.

Gearbox's new project is also a fresh IP that will be published by 2K Games, Take-Two Interactive directly mentioned the new project in its earnings call, and Embracer also re-affirms the game will be ready in this fiscal year timeline.

Aspyr is a surprisingly good pick for the job and has a lot of experience with the Star Wars franchise.

It has developed a number of Star Wars remasters like like Episode I - Racer, Jedi Knight: Jedi Academy, Jedi Outcast, and Republic Commando for modern platforms. The studio also developed the MacOS, Android and iOS ports of Knights of the Old Republic, and the macOS port of KOTOR II. The team had a hand in other Star Wars games including The Force Unleashed and 2004's Battlefront.

Apsyr is part of the Saber Interactive label. Neither Aspyr nor Embracer have formally announced the KOTOR remake, and it's possible the project may not be KOTOR-related but something else.

Check below for more information on the Aspyr acquisition:

The acquisition of American Aspyr Media Inc, through its wholly owned subsidiary Saber Interactive. The sellers are the founders Michael Rogers and Ted Staloch. The day one purchase price amounts to USD 100 million on a cash and debt free basis, where USD 60 million is paid in cash and USD 40 million is paid in newly issued Embracer B shares. An additional consideration of a maximum of USD 350 million may be paid under the agreement subject to certain conditions. Aspyr is an independent developer and publisher with more than 24 years experience in finding beloved IPs and connecting them with new audiences on all platforms. Aspyr with its 140-person strong team will be a stand-alone entity under Saber Interactive.