The price of Bitcoin is currently in a downwards trend, and all of the price gains the cryptocurrency made after Tesla announced it accepts the coin as a form of payment. 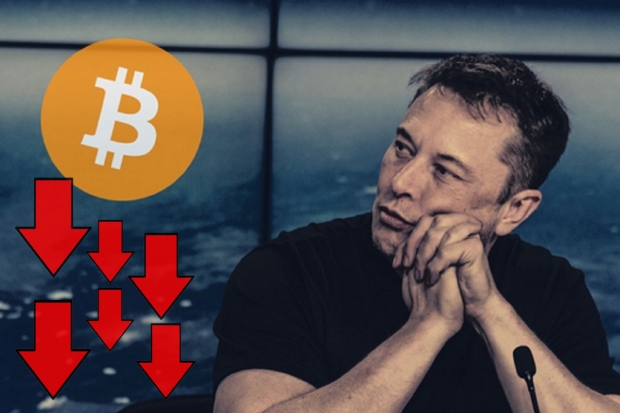 Elon Musk announced back on February 8th that Tesla were now accepting Bitcoin as a form of payment for Tesla vehicles. With that announcement, the price of Bitcoin began to trend upwards, making a record high of almost $65,000. Since then, the price has maintained its volatility, but has now started to trend downwards following Musk's announcement that Tesla would be suspending Bitcoin payments due to environmental concerns.

At the time of writing this, the price of Bitcoin is currently sitting at around the $39,500 mark, which is the same price as a day before Tesla announced that it would be accepting it as a form of payment. Essentially, all of the gains that have been made in terms of Bitcoin's price increasing have now been wiped out, as the price of the coin continues its downwards spiral.

Fiona Cincotta, a senior financial markets analyst at City Index, said, "These huge swings we have seen in crypto really highlight the speculative nature of crypto as an asset. We've got Elon Musk driving trades in the crypto world and stirring trouble, not for the first time, and I can't imagine it will be the last time either."