Tesla boss Elon Musk tweeted out that you can now buy a Tesla vehicle using Bitcoin, but it is only in the US for now with people outside of the US needing to wait until later this year.

Musk simply tweeted out: "You can now buy a Tesla with Bitcoin", which saw the price of BTC flying up from just under $54K to just under $57K and resting at around $56.3K at the time of writing. There was a follow-up tweet that was very interesting, with Musk saying that "Tesla is using only internal & open source software & operates Bitcoin nodes directly".

Even more interestingly, he added: "Bitcoin paid to Tesla will be retained as Bitcoin, not converted to fiat currency". This means that Tesla will be HODLing the BTC it acquires through customers buying Tesla vehicles with Bitcoin and NOT converting it over to fiat money. This is a major move, as Tesla would benefit greatly with the price of Bitcoin rising the company will continue to increase its BTC bag size with more and more Tesla vehicles sold (and paid for in Bitcoin). 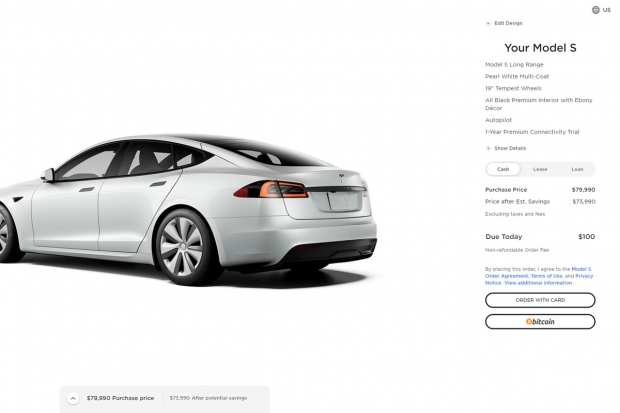 A Beginner's Guide To Bitcoin