Dogecoin is flying not just up to the Moon, but beyond and probably to Mars at this point as the people's crypto -- Elon Musk's words -- hits new record high after new record high. 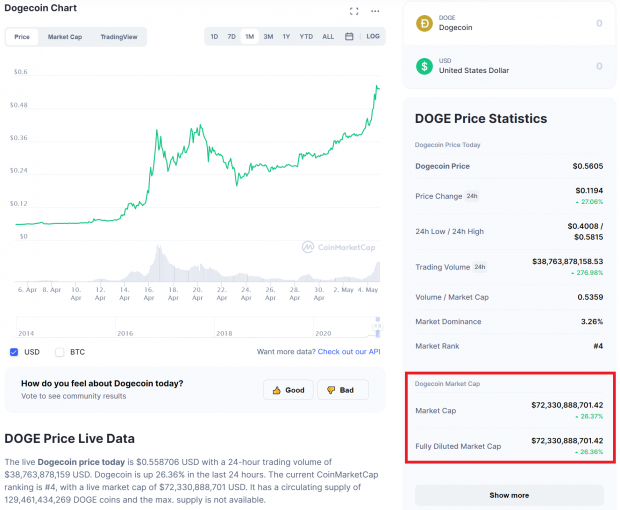 The price of Dogecoin is unstable like all cryptocurrency as it could fluctuate by 10-20-30% virtually instantly, like all other cryptocurrencies. Elon Musk is hosting Saturday Night Live on May 8, to much controversy with the cast of SNL triggered by his hosting -- more on that here, as Musk tweeted out "Let's find out just how live Saturday Night Live really is" without context. Maybe he'll say "alright everyone, buy Dogecoin right NOW and we'll watch it rise in the ad breaks" or something... imagine that.

Newegg recently announced it was accepting Dogecoin as payment for products, with the news arriving on Dogeday just a couple of weeks ago on 4/20/2021. At the time, Newegg Sr. Brand Manager of Newegg, Andrew Choi, said: "The excitement and momentum around cryptocurrency are undeniable, and the recent surge in Dogecoin value underscores the need to make it easier for customers to make purchases with this popular cryptocurrency".

He added: "We're committed to making it easy for our customers to shop however works best for them, and that means letting them complete transactions with the payment method that suits them best. To that end, we're happy to give Dogecoin fans an easy way to shop online for tech".