Writing about Grand Theft Auto 6 is tricky and often involves at grasping at straws or reporting rumors that don't normally have sourceable information. Most of it is hearsay and very rarely do we get actual snippets from Rockstar themselves. To give more context on how these rumors start, we may have found the inspiration for the most recent GTA 6 modern day rumors. 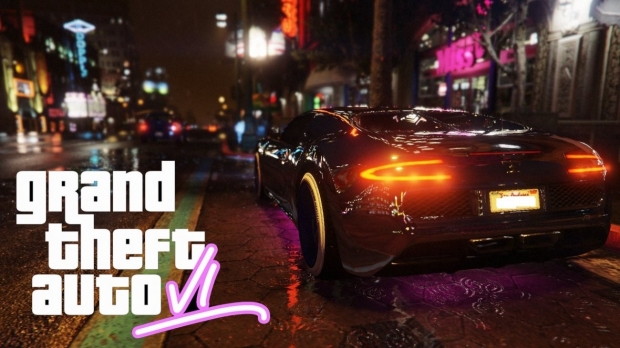 Rumor has it that Grand Theft Auto 6 takes place during modern times (previous rumors said it was based in the 1980s and would connect Vice City, Liberty City and Los Santos with playable regions, but this has been debunked), but there's not anything really to back this claim up. A Rockstar Indie job listing for a Mixed Media Animator has been stretched to help accommodate the rumor and possibly even serves as the baseline for the claims.

One of the primary roles of the Mixed Media Animator is to "develop In-Game content to enhance the player experience," which includes the satirical websites in GTA IV and GTA V, as well as TV shows like Fame or Shame. The rationale is that GTA 6 must therefore be set in modern times--why expand the team if the game is set before the internet existed? Wouldn't that remove an entire platform for Rockstar's famous in-game hijinks? 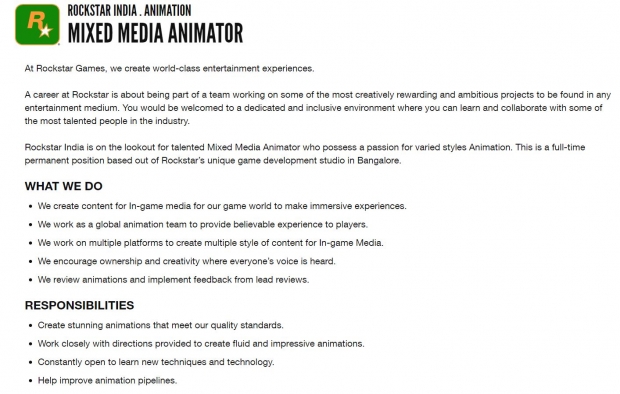 Gamers also suggest that GTA Online's heavy reliance on modern day tech means GTA 6 will be modern day. This holds more water than anything squeezed out of the job listing. Rockstar's Media Media teams can still do a whole lot of things outside of the Internet Age, including more TV programs, interactive billboards, etc. 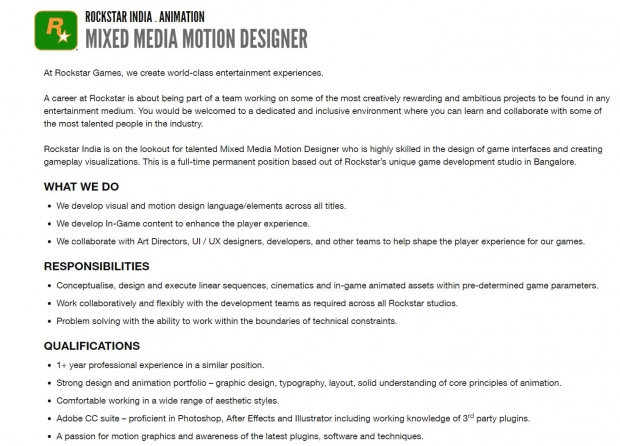 The reality is no one knows what's going on with GTA 6 besides Rockstar, and leaks are usually few and far between (with the exception of major map leaks, like with Red Dead Redemption 2).

So what do we actually know about GTA 6? Not a whole lot besides rumors:

It's true that Grand Theft Auto 6 is in development, and that the company is gearing up their workforce. Rockstar is currently hiring a whopping 237 people across its 10 worldwide studios. That's the kind of expansion that developers only see when they're making something huge.

Even still, we can't dissect every single job listing in the attempt to extract GTA 6 news from it. Rockstar's listings aren't really packed with info and there's a reason for that: The team knows that millions of gamers are ready to scrutinize every little thing and try to squeeze out GTA 6 info.

It's just best to wait for official GTA 6 news straight from Rockstar. 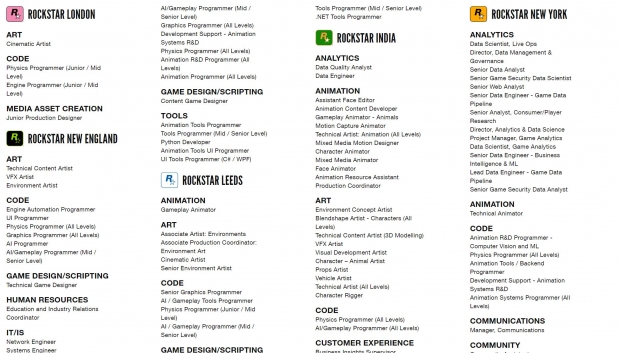