Sam Miller, one of the founding partners at Magic Leap, has left the company he helped run for eight and a half years. He's now the President of a med-tech company. 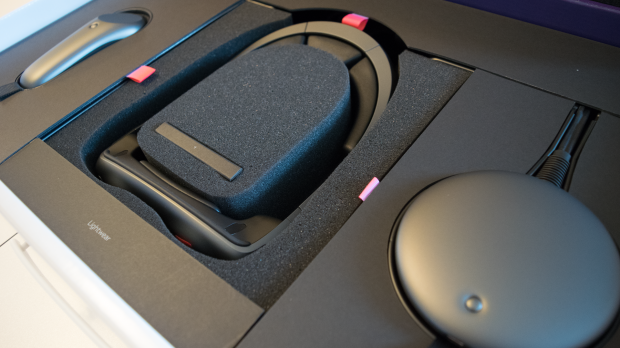 Miller helped launch Magic Leap, and for the better part of the last decade, he has helped steer the company in one way or another. Miller joined the company as the Principal System Engineer in August 2012. He held various titles through the years, including Lead System Architect, Director of System Engineering, Sr. Director, Systems Engineering, and Sr. Director, Product Experience and Platform.

Miller's most recent and final role at Magic Leap was Vice President, Product Strategy, which he took on in April 2020, when the company when through a big shakeup that included Rony Abovitz, another Magic Leap founder, stepping down from his role as CEO.

Following his departure, Miller had this to say about his time with Magic Leap:

"Friday was my last day at Magic Leap, the amazing company I helped found. It was an extraordinary ride. I am deeply honored to have spent almost exactly a quarter of my life among the most brilliant, creative, enthusiastic, and visionary people I have ever seen collected in one place. We broke down the walls between art and engineering that existed in our minds. We pushed the boundaries of science, art, engineering, experience, and manufacturing. We shipped a product some of the world's luminaries said could not be shipped (and are close to doing it again). We defined a new field. You all know who you are: thank you for coming on the crazy expedition with me, then letting me journey with you!"

Miller isn't leaving the augmented reality world altogether. He is now the President at eMed Labs, a company dedicated to disrupting the at-home healthcare market with advanced technologies such as AI, machine learning, and augmented reality.

Meanwhile, Magic Leap seems to be in good hands with its new CEO, Peggy Johnson. She was a big-time Microsoft executive with a history at Qualcomm. And she seems to have a clear vision of turning the ailing company around, staring with a 100% focus on the enterprise market.