It feels like this has been the biggest week in regards to Battlefield 6 rumors, where I think EA teased an entire building collapse in Battlefield 6 -- and EA boss Laura Miele saying the team are "creating epic battles at a scale and fidelity unlike anything you've experienced before" for BF6.

Tom Henderson, an industry insider, tweeted that the "next Battlefield title is a modern setting". What set the tweet off was the media saying that the gameplay in the EA Play 2020 footage was from Battlefield 6. More specifically, the part when all those soldiers were walking along the beach -- but this wasn't from BF6, it was "tech demo footage and the placeholder assets are from Battlefield V", Henderson explained.

EA DICE will reportedly unveil Battlefield 6 in "9 months or so" according to Henderson, which would put it at March 2021 -- smack bang in the middle of what should hopefully be GDC 2021 -- the Game Developers Conference in San Francisco.

What I'm most excited to see is the return, and market domination of a next-gen Levolution technology that DICE made famous in Battlefield 4 back in 2013. The video above makes it feel like so long ago now, but it would be great to see a truly next-gen upgrade to destruction in Battlefield 6.

Not just a huge upgrade to destruction, but to player counts -- it would be awesome to see a huge 128-player game. Especially in a world now dominated by huge battle royale games, a 128-player Battlefield 6 with some form of huge destructible environments and 128 other players? Sign me up, EA. 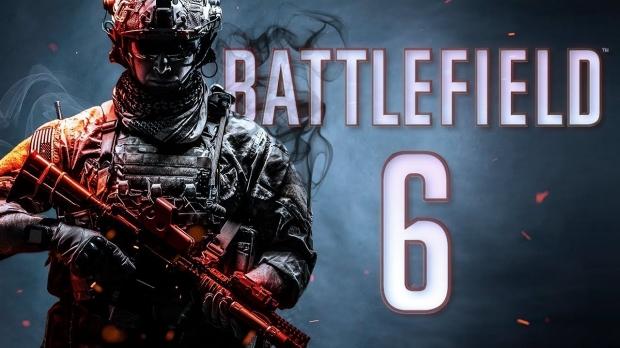