Microtransactions and monetization drive Activision's business. New games are just gateways to live service earnings. This should be the case for the new Tony Hawk remaster collection, which is a prime avenue for in-game purchases. 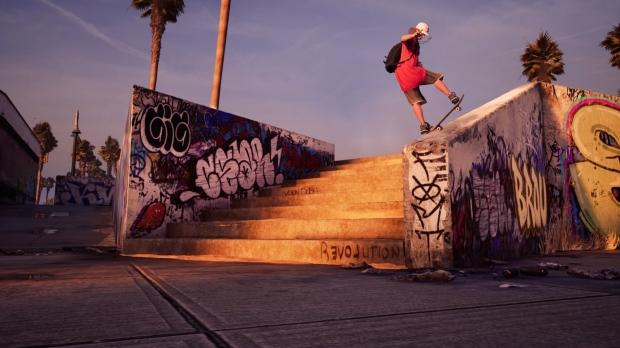 The new Tony Hawk remaster collection will have live service hooks via online multiplayer and custom map-making, so it should be monetized. Successfully monetizing engagement is the entire basis for Activison's billion-dollar business (ATVI earned $956 million from mTX in Q1'20 alone), and that even includes some games that don't really need it, including Crash Team Racing Nitro-Fueled.

The same should be true for the Tony Hawk Pro Skater 1 + 2 collection releasing in September. While Activision and developer Vicarious Visions promise the game won't have microtransactions at launch, that doesn't mean the game will stay mTX free. Crash Team Racing didn't have mTX at launch either--those were added in later. Given Tony Hawk's robust monetization potential, I'm pretty sure the game will have some sort of buyable content.

"Everything that you see at launch is going to be unlocked with gameplay. We're not planning on having monetization at launch," Vicarious Visions head Jen Oneal told GameSpot.

So how will Tony Hawk Pro Skater remasters be theoretically monetized?

Cosmetic skins come to mind. Custom outfits for skaters as well as custom decks sold in a storefront (the Hawk Shop?) that combines both in-game currency (SKATE cash, maybe) as well as premium currency that can be bought with real money. You'll be able to unlock everything by playing, but expect a grind.

Activision has already confirmed the game will have tons of challenges and unlockables this time around. Of course you could just pony up some cash and unlock things right away...

Another big avenue for monetization is the custom create-a-park feature, aka the best feature of Tony Hawk 3. I'm excited for this mode, but I can also see Activision charging people for individual map pieces or even packs of new map-making content. And of course there's the season pass route. That's likely to happen, too.

Activision also hints cross-play will happen, but if you've been paying attention to our coverage on the company, you'll know cross-play is now a major focus for all of its biggest games. The Tony Hawk Pro Skater franchise is absolutely massive and definitely counts as a big breadwinner.

The main point is this: The Tony Hawk game releases are just the beginning. The real gameplan comes after release when monetization kicks in, as well as free updates and content that's delivered over time. This is the basis for Activision's entire business model and is the main reason it makes games.

For more on Activision's business, check out our massive Warzone article that delves into the inner-workings of Activision, monetization, and The Engagement Cycle.