Titanfall 3 still isn't in development, Respawn head Vince Zampella confirms. But something special is cooking up on the stoves at the newly rebranded DICE LA studio. 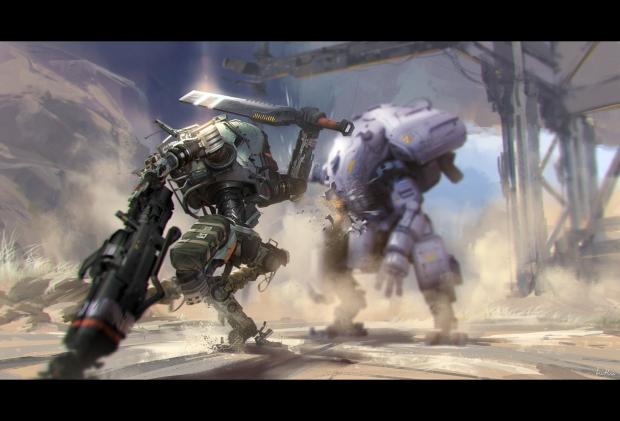 Apex Legends will be the only Titanfall-related game for a while. Titanfall 3 isn't happening at Respawn, despite EA's 2019 teases of a new premium Titanfall game. It might come out some day, but it's not being worked on right now.

"There's nothing currently in development," Vince Zampella told IGN. "But it's always there. You see the little bits of stuff coming back [through the lore in Apex Legends]. At some point, I would personally like to see some kind of resurrection there. We'll see if I can make that happen."

Respawn is currently working on two big projects right now: Jedi: Fallen Order 2, which hasn't been announced yet but has been heavily hinted by EA and Respawn's own dev teams, and the new Medal of Honor VR game for Oculus.

Zampella recently took over DICE's LA studio, and plans to re-brand it into something totally new. The team is working on some kind of new shooter set in a fresh IP, and will be part of EA's big new IP push for next-gen consoles.

"That team is a shooter team," Zampella said of the DICE LA studio, who helped assist DICE with its biggest games from Battlefront to Battlefield.

"Chances are it's going to be something along those lines. There's a lot of really good shooter talent there. But I don't want to lock it in and say that's definitely exactly what they're doing, because we're going to look at everything and pick something that feels amazing."