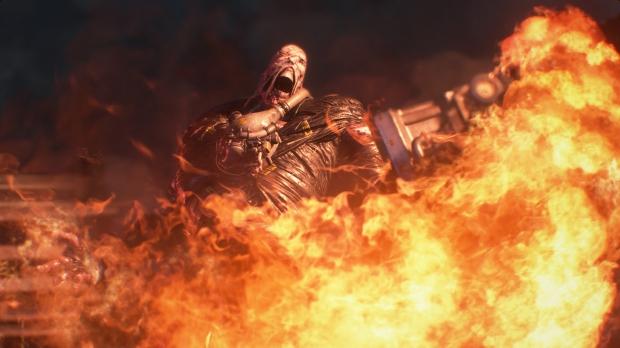 With the arrival of next-gen consoles like the PlayStation 5 and Xbox Series X, 2020 should be a big year for games publishers. Capcom is poised to take full advantage of Holiday 2020 with a lineup of new titles, but we don't exactly know what they're cooking up.

Now sources close to the matter tell DuskGolem, a popular YouTuber with an ear to Capcom's plans, that the publisher will launch four titles in the fiscal year ending March 31, 2021. Two of these games will be Resident Evil titles, the sources say.

One will obviously be Resident Evil 3 Remake, and the other could be the rumored Resident Evil 8 starring RE7's Ethan Winters and freaky wolf-like zombie monsters.

We've known for a while that Capcom is ramping up game projects for next-gen consoles. This year's FY2019 timeline only had one major AAA release with the Iceborne expansion for Monster Hunter, and the figures clearly showed Capcom was gearing up its games pipeline for next-gen--R&D spending was up, key execs talked about RE Engine supporting next-gen consoles, and the sparse lineup was a big indicator.

Resident Evil is also Capcom's most lucrative series, so it makes sense they'd use the IP as the star debut for next-gen hardware.

We'll have to wait until Capcom announces its Q4'19 earnings before we understand what the company plans to do immediately. The publisher often outlines how many games it plans to release in these presentations and it'll give us clues for what's next.