Konami could be resurrecting Silent Hills from the dead and letting Hideo Kojima run the macabre show. 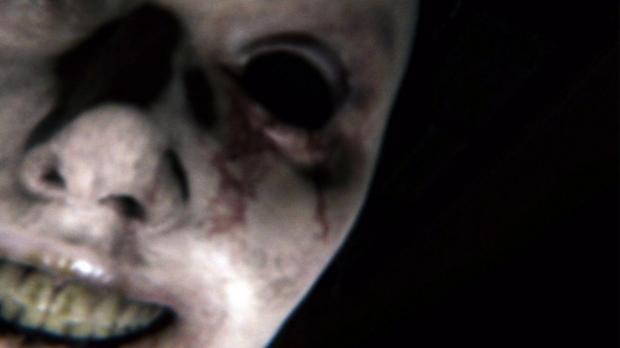 Kojima Productions might've just teased something Silent Hill-related on Twitter. Fans have scrutinized the Tweet and found some ties to Konami's stagnant franchise, and admittedly there's some reaching going on. The Tweet shows Kojima Productions' head of communications Aki Saito and says "sorry I've been so silent" (as in Silent Hills, of course) and the pencil has Pyramid stamped on it. Coincidence? Maybe. Or maybe it's a hint that Silent Hills is coming back. There's even mention of a reveal coming next week.

Konami might be firing up the Silent Hill franchise again and Kojima could help lead the charge. Recent reports say Konami is working on two new Silent Hill projects, but nothing has been confirmed. Konami has been noticably absent in the AAA space, but promised in September 2019 that it's not giving up on new sequels.

Hideo Kojima has also said he wants to make a horror experience for his next project.

"I want to create a horror game, but I don't have this good solution to [being able to look away when things get scary]. For P.T., I wanted to create something that everyone really shares. But if you're too scared you won't play, right? I want to challenge the horror genre and solve this problem," Kojima said in a Rocket Beans Gaming interview.

But it might not be a traditional game. The creator wants to make small interactive films in between bigger AAA releases, and we predicted these could be movie-game hybrids similar to Netflix's Bandersnatch.

If Kojima is making Silent Hills, perhaps it'll be a kind of interactive film of sorts. Or maybe it's an actual dedicated video game. It all depends on how much Konami is willing to spend, and history tells us the games-maker doesn't care all that much about actually spending big on new games any more.

Admittedly this doesn't seem very likely given the circumstances between Konami and Kojima.

Back in 2015, Konami fired Hideo Kojima and removed his name from Metal Gear Solid V. Konami also cancelled Silent Hills, an upcoming first-person horror game directed by Hideo Kojima and starring Norman Reedus. The game's teaser demo, P.T., still has a cult following to this day. The controversy caused a huge rift in the games industry and caused lots of mistrust and anger towards the publisher.

Given the disrupted history between Konami and Kojima, and the publisher's previous retraction from AAA games, we're not holding out much hope.

But then again next-gen consoles are on the way and Konami probably wants to jump on that expanding market with a new game.