Hideo Kojima's next project could be something unique. It might not be just a game, but a kind of interactive film experience not unlike Black Mirror's experimental choose-your-own-adventure Bandersnatch. 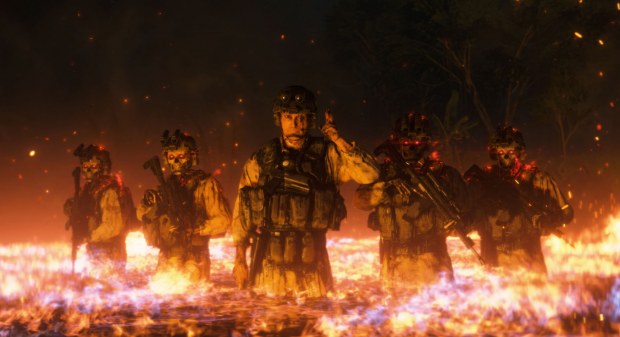 Kojima has been teasing a weird new project for a while now, and we actually have lots of clues of what it could be. Back in April, I predicted the auteur would make an innovative show-like interactive game for Sony's new PlayStation Productions entertainment branch. Death Stranding already has the production values of a movie, complete with a star-studded cast, an eerie and original storyline, and bizarre visuals.

Since then Kojima has been laying on more evidence that a movie-game hybrid could be in the works. Based on what's been said we've put together a good idea of what's next: A horror-based interactive experience with multiple outcomes (similar to P.T.) with AI-controlled sequences, all using streaming as the delivery mechanism. Which could indicate it'll be part of a PlayStation Productions subscription service of some sort and fold directly into Sony's PS5 services revamp.

Essentially Kojima may want to embrace and help found a new entertainment medium that merges games and film.

So let's put all this together for a better look at what to expect.

A bit ago, Kojima said he wanted to make a horror game. It'd be something bizarre and terrifying, something you can't really escape.

"I want to create a horror game, but I don't have this good solution to [being able to look away when things get scary]. For P.T., I wanted to create something that everyone really shares. But if you're too scared you won't play, right? I want to challenge the horror genre and solve this problem," Kojima said in a Rocket Beans Gaming interview.

Interesting, right? It melds perfectly with what Kojima said back in April.

In November, Kojima also confirmed that his team will start making films. They'll be small slices set in between his big games. Games are still his core focus, Kojima said. But what if the two were merged? What if the games and the films were connected in a unique way and pushed a new era of transmedia?

"In the future, Kojima Productions will start making films. If you can do one thing well, then you can do everything well," Kojima told the BBC.

"I don't want to stop making games. But I want to create something like a short film or movie in-between. But I'm kind of working on the next project, so it's really difficult to focus on other mediums, but of course I really am interested."

Just days later Kojima flat-out mentioned that his next project could be a movie-game experience.

Since then Kojima has already started laying the foundations of this new innovative project.

Now in 2020, Kojima reiterates his current trajectory. The creator says he wants to use AI and streaming to create something brand new, the same way Death Stranding helped revolutionize multiplayer with its unique Strand system.

"We'll have the Tokyo Olympics in the year of 2020, and also the extreme change in the entertainment industry will come in next 10 years with the arrival of streaming and AI," Hideo Kojima said on Twitter.

"I'd like to create something related to such new media and totally brand new entertainment for the tomorrow."

Based on everything we've seen so far...the next big Hideo Kojima project won't just be a game or a film, but an experience.