The upcoming Uncharted Movie has experienced several directors leaving, and at the moment, the film doesn't have an officially announced director, but it will begin filming anyway.

Star of the upcoming Uncharted Movie, Tom Holland spoke to IGN and revealed some details about the delayed movie. According to Holland, the movie will begin filming in the next four weeks, which slates it for sometime in March. Holland also mentions that the stunt team has already begun planning action sequences for shooting in Berlin.

Holland also teases that the movie will portray a young Nathan Drake that will give a fresh take on the character. The movie will also take heavy inspiration from the extremely successful game franchise, but more specifically, the last game -- Uncharted 4: A Thief's End. Here's a quote from Holland, "We didn't get to meet [Drake] all that much when he was younger," he said. "But it's a pretty awesome movie. It's global. We travel the world. We see some amazing place. And Mark Wahlberg and I are going to have a great summer together."

At the moment, the Uncharted Movie doesn't have a director announced, and since Holland has mentioned that filming will begin in about a month, we can expect an announcement from Sony of who the now 7th director is. 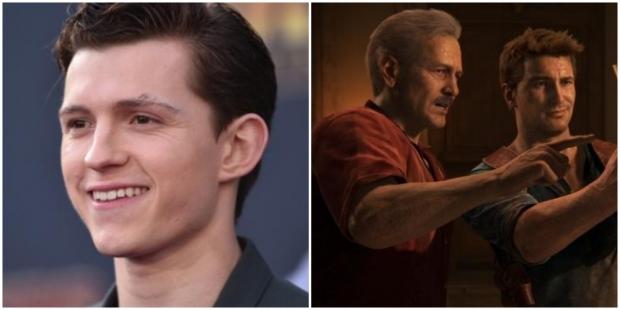