CES 2020 - Intel didn't have too much to show during its CES 2020 keynote compared to AMD, which came out swinging with its 64-core/128-thread Ryzen Threadripper 3990X processor, super-powered Ryzen 4000 series mobile CPUs, and the new mid-range Radeon RX 5600 XT graphics card. 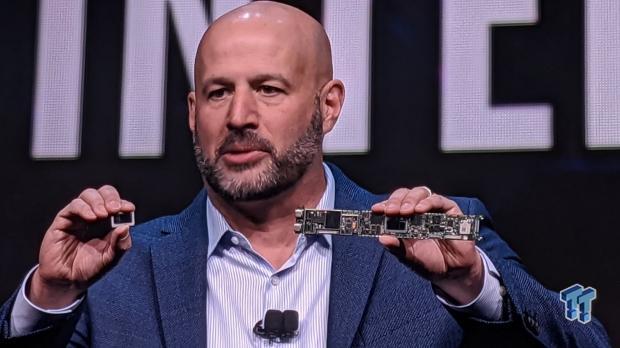 But what Intel did have to show off was a new range of next-gen Tiger Lake CPUs, new chips that will be made on the 10nm node and pack twice the graphics power of the previous-gen offerings from Intel. Intel teased a Tiger Lake-powered thin-and-light gaming laptop playing some games, but weren't detailed in what resolution, or detail level it was playing in.

We do know that Tiger Lake CPUs will have Intel Xe GPU cores -- and while we're talking about Xe, Intel showed off some Destiny 2 gameplay on its DG1 discrete graphics card. It was very brief, and had even less detail than the Tiger Lake show off -- but there we have it. Tiger Lake CPUs teased for later this year, and our first 'demo' of DG1 at CES 2020.