Intel is expected to launch its next-gen Tiger Lake CPU architecture sometime in late 2020 or 2021, which will feature Gen12 graphics and a total overhaul of the Execution Unit. 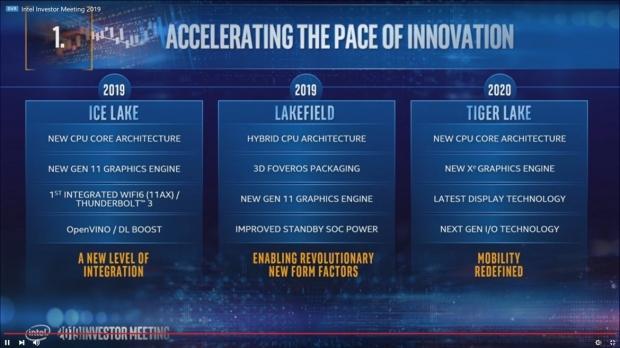 The revamped Execution Unit is expected to provide the largest GPU performance increase in over 10 years, something that was revealed in a new release of Linux patches from Intel. The post talks about a new Display State Buffer (DBS) engine that will take care of batch submit display register programming.

Intel has teased it is making "the most in-depth" EU ISA remake since its i965 processor that arrived over 10 years ago now, with Francisco Jerez who is part of the open-source Linux graphics team at Intel, explained: "The encoding of almost every instruction field, hardware opcode and register type needs to be updated in this merge request".

He continued: "But probably the most invasive change is the removal of the register scoreboard logic from the hardware, which means that the EU will no longer guarantee data coherency between register reads and writes, and will require the compiler to synchronize dependent instructions anytime there is a potential data hazard".