Rumor has it Microsoft will release two next-gen consoles this year: The monstrously powerful (and expensive) Xbox Series X with its 12TFLOPs of power, and a cheaper disc-less system codenamed Lockhart with 4 TFLOPs of power. But going digital-only is a mistake, at least from a consumer's point of view.

Microsoft loves digital gaming. The Xbox brand is now built on digital engagement, a rich ecosystem made up of a myriad of subscriptions like Xbox LIVE and Game Pass that all strategically synergize with each other. Microsoft wants you locked into this landscape as much as possible for one big reason: Investment. When your entire games library is all-digital, you're not going to just start trading in your games or toss in your Xbox.

You're in what Phil Spencer calls The Gamer's Journey, a cyclic business model with tons of online multiplayer-driven games, microtransactions, friend and community interactions, and an ever-evolving storefront-service combo that's predicated on making you "sticky" in the digital ecosystem.

So it stands to reason that making an all-digital console is a good fit for Microsoft. We've already seen this manifest with the Xbox One S All-Digital Edition, a cheaper SKU that doesn't actually have a disc drive. This eliminates a good portion of possibility of the gamer exiting the ecosystem once they've made even a marginal investment because it removes choice. There's no way to buy used or cheaper games from a store and pop them into the drive. Microsoft is asking consumers to sacrifice choice and functionality in return for short-term savings.

Now in 2020 Microsoft may ask consumers to make a similar decision by removing choice from its next-gen line of consoles.

Microsoft's next-gen plans may include two consoles. Project Scarlett isn't just one system, but a new family of hardware that includes the mighty Xbox Series X with its 12TFLOP 56 compute unit Navi GPU, and Lockhart, an unannounced lower-end system that trades pared-down power and functionality for a cheaper price.

Lockhart is essentially the Xbox One S All-Digital Edition of the next generation.

Read Also: Xbox Series X may be more powerful, but will third-party devs actually use the extra power?

Lockhart is rumored to target 1440p 60FPS gaming with a 4TFLOP GPU. It's said to sport the same Zen 2 and Navi GPU SoC as the Xbox Series X, but Lockhart's internals have been dramatically scaled down, complete with significantly less RAM than its expensive sibling.

Lockhart will also feature new game technologies like ray tracing for amazing lighting, reflections, and atmospheric effects, as well as variable rate shading, which can dramatically improve frame rates. Toss in a new super-customized SSD that could use Optane-like 3D Xpoint memory to use as a Virtual RAM buffer, and you basically have a lower-cost Xbox Series X.

So why would anyone buy the Series X? It's faster, for one, and for two, it comes with a disc drive (theoretically, of course. Microsoft has yet to confirm any Lockhart details).

Normally the whole idea of making a cheaper system is accessibility. But a disc-less console isn't accessible. It's actually a bad deal for gamers in the long run because it removes any possible choice of buying a disc-based game, or even used disc media, which is of course exactly what Microsoft wants. They stand to benefit tremendously from gamers being locked to the digital ecosystem, completely reliant on buying games and media directly from the Xbox Store. 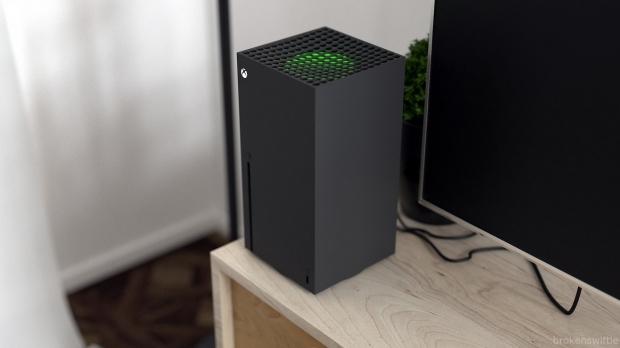 Lockhart going all-digital at launch would be a tactical error on Microsoft's part.

It would put consumers in a frustrating position in regards to next-gen hardware choice. Not only is there a huge jump between Xbox SX and the theoretical Xbox SE (Lockhart) in terms of power, but according to the rumors, there's also a big leap in functionality. One is a beast that can push 4K 60FPS, 8K, and even 120FPS gaming, complete with the full functionality of a console, and the other is a lower-end system targeting 1440p 60FPS that's gimped in terms of raw power and function.

The disparity between the two is simply too great, and I think most people will simply stick with the cheaper mid-grade Xbox One S for years to come. Microsoft likely expects this, and it's something I've predicted for a bit now--that the next-gen market won't fully mature or manifest until years after release.

There's only one real reason I could see Microsoft going all-digital with Lockhart at launch: Reliance on cloud gaming or Project xCloud in some fashion. It's possible the system's lower-end GPU could be complemented by cloud power, but that'd put more reliance on the original online-only vision of the Xbox One. This vision tanked the console's brand image in 2013, and gave Sony an opportunity swoop in.

Sony could swoop in and do the same thing here. Rumor has it the PlayStation 5 will be roughly 33% less powerful than the Xbox Series X, and the PS5's Navi GPU has roughly 55% less compute units than the Xbox SX (36CUs versus 56CUs, respectively). A less powerful console could mean a cheaper console. Sony could swoop in with a $399 PlayStation 5 and completely dominate the next-gen landscape, especially if Microsoft's cheaper Xbox option removes one of the most critical features of any video games system (physical media).

Even as digital is on the rise, retail is by and large the major breadwinner when it comes to console game sales. The holiday rush during Black Friday and Christmas are major motivators for this spark, along with intermittent sales at big-boxes like Best Buy, Target, and e-tailers like Amazon. Removing choice from consumers also inhibits the retail trade and removes the console from the Black Friday game sales equation, which is a bold move for any hardware-maker, especially one who's introducing a new fancy system onto the market.

If anything, Lockhart should go all-digital after launch. Not before.

Microsoft has yet to announce Lockhart or even mention it in any press conferences or showcases. We could get some hints during AMD's CES 2020 keynote in a couple of days as well as a big reveal at E3 2020.

Or Microsoft could simply kill Lockhart and just release the Xbox Series X without a cheaper alternative (which would be another separate tactical error entirely).