There is no question that Activision was happy about the popularity of the Crash Bandicoot N. Sane Trilogy and how well it sold across all platforms. Now, a new teaser has surfaced, is there more Crash in-store for us? 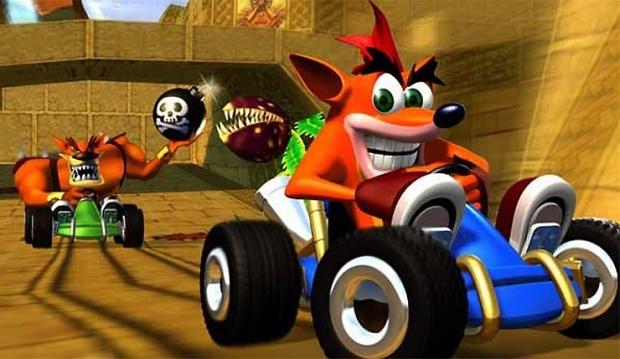 Before we jump into what has been teased, lets do a bit of history on what has already been mentioned. After the success of the N. Sane Trilogy, developer Vicarious Visions mentioned that the popularity of Crash is huge around Crash Team Racing "We get asked about what's next and are we going to see a new game or Crash Team Racing? Yeah, that's a popular one."

Now that the hype for the N.Sane Trilogy has hit a lull, we would assume that Activision already has something cooking up behind the scenes, and what better time than to tease than The Game Awards? Looking towards Hollie Bennett's Twitter we can see that two massive orange marsupial colored dice have arrived at the PlayStation Access presenter's house with the caption "sliding into the Game Awards on 6/12.... - Anonymous."

Surely this is in reference to Crash, the iconic orange with the specific choice of words such as "slide." To me personally, I'd say that Activision are going to announce that Crash Team Racing will be receiving a remaster as well, but I suppose we will only know if you tune into The Game Awards tomorrow night. In other news about The Game Awards, composers Hans Zimmer and Lorne Balfe will be performing at this years show, more on that here.