Samsung has finally made its Galaxy Note 9 smartphone official during its annual Unpacked event in New York City, confirming some of the things we already knew, some of the rumors, and a bunch of new exciting things for the Note 9. 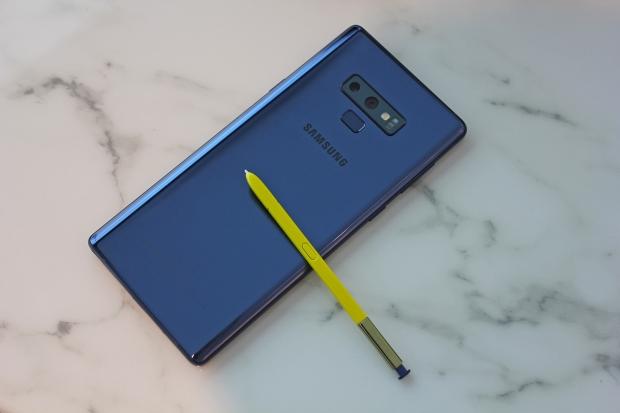 First off: let's tackle the Fortnite exclusivity rumors - yes, the Galaxy devices have Fortnite for Android as an exclusive for "a few days" but by the time the Galaxy Note 9 actually hits users hands, that exclusive will be finished. The biggest change with the new Note 9 is that it features a much larger 4000mAh battery (Note 8 rocks a 3300mAh battery) that Samsung promises all-day battery life with, and is the largest battery to be used in a Note smartphone ever.

The display has been upgraded slightly from the Note 8, with the new Note 9 featuring a 6.4-inch Super AMOLED display with a native resolution of 2960x1440. If you pre-order the Note 9 now you'll receive a set of AKG N60 over-ear, noise-canceling headphones that are worth $299. You'll also get a Fortnite Galaxy skin and 15,000 V Bucks ($150 worth of value) - or both that you'll get for $99, a saving of $350 if you purchased them separately.

Samsung is making the Galaxy Note 9 the first smartphone to ship with their updated Bixby 2.0 that now rocks new abilities like the function of booking a table at a restaurant for you and when you're finished, it'll even order you an Uber.

Inside, the Note 9 has some nice hardware that we've already seen in multiple new flagship devices: Qualcomm's Snapdragon 845 processor, dual 12-megapixel cameras on the back, 128GB of flash storage and 6GB of RAM for the base model which starts at $999. We're looking at August 24 for a full release, with pre-orders opening up on August 10.

The higher-end 512GB version will cost $1249 and when you take into consideration it has a microSD card slot that takes another 512GB of storage, we have a huge total of 1TB of mobile storage, all in your smartphone. We live in a crazy world, people. Samsung has put some work into the revised S Pen on the Galaxy Note 9, which can now be used as an awesome remote control for the camera, control your music or laptop, navigate PowerPoint slides, control Spotify, and many other features - and I'm sure there'll be new ones unveiled in the near future.

The rear fingerprint sensor has been moved below the cameras instead of the side (a good move by Samsung) while we have Android 8.1 (versus Android 7.1.1 when the Note 8 launched) with Samsung's custom layer of software on top of Android in the form of Samsung Experience 9.5.