GOG.com, the purveyor of classic PC games of yore, is discounting a range of beloved RPGs to celebrate the 10th anniversary of CD Projekt RED's magnum opus Witcher trilogy. 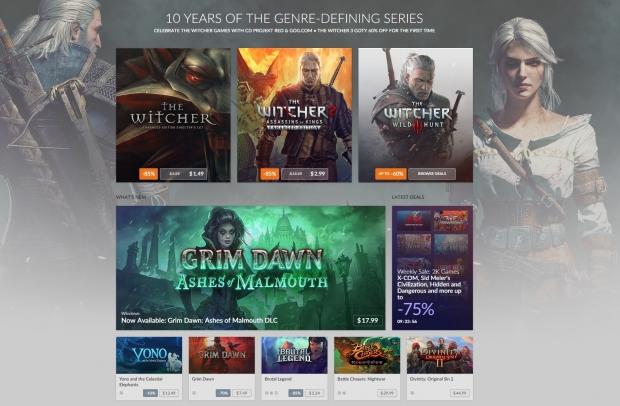 Seeing as it's Geralt & Friends' 10th anniversary, the Witcher series headlines the sale with up to 85% off. The discount sees The Witcher 3 Game of the Year edition on sale for just $19.99, and The Witcher 2 and the original Witcher game down to a pittance of $2.99 and $1.50, respectively (seriously if you don't have those yet, give them a whirl).

If you already own The Witcher games, and are looking for some classic Bethesda goodies, GoG has Fallout and Fallout 2 at 50% off, alongside Fallout: New Vegas and Fallout 3 at 40% off, alongside Morrowind and Oblivion at 40% of as well.The sale of The Witcher games lasts until October 25, whereas the sale prices on the weekly titles lasts until October 23.